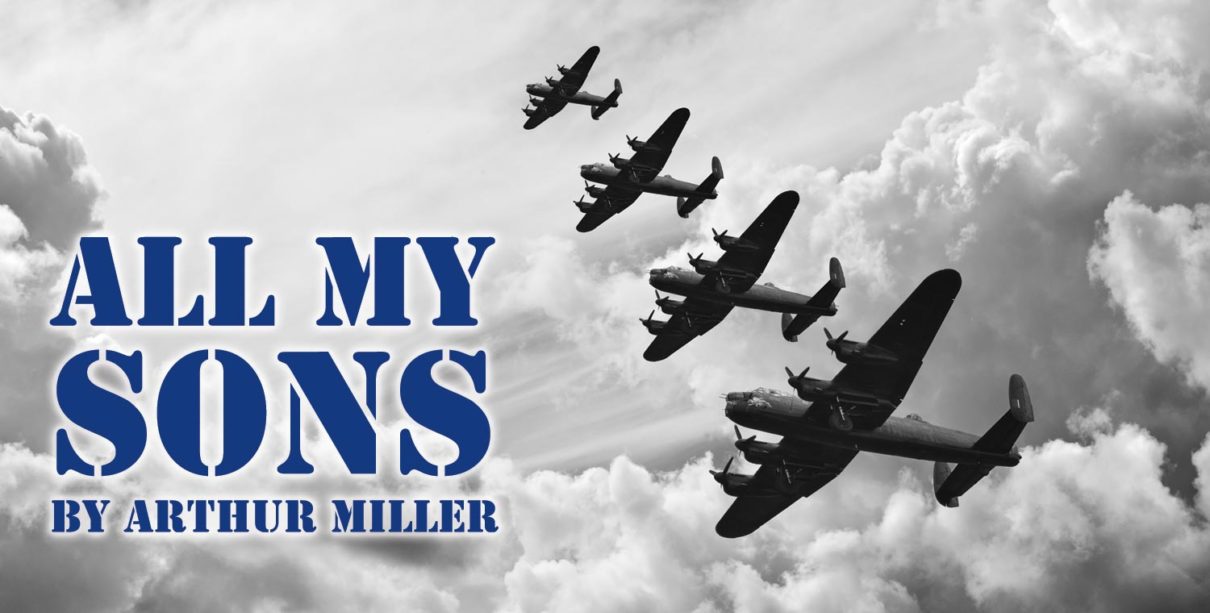 Arthur Miller started writing All My Sons in 1945, inspired by World War II and the true-life story (told to him by his stepmom) of a woman who alerted authorities to her father's wartime wrong-doing (source: Christopher Bigsby, "Introduction to All My Sons." Penguin Classics, 2000). The play focuses on the story of a businessman who once narrowly avoided financial ruin by shipping cracked machine parts to the military. He blames his business partner and builds an empire, but eventually his crime comes back to haunt him. The play was produced after the war, won the 1947 Tony, and beat out Eugene O'Neill's The Iceman Cometh for the New York Drama Critics' Circle Award that same year. 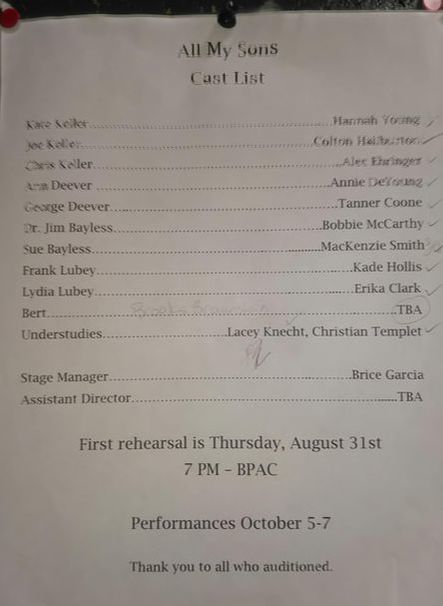 First production meeting will be this Friday Sept. 1 directly after our Majors' Meeting.  Second production meeting coming soon.  Fittings start 9-7-17.  We are making just one dress for Sue.  It will have purple insets in the bodice.  We had her fitting today and it went great.  Hannah Young is making the dress.  We are having to buy pajamas and a robe for both Joe and Kate and those got ordered today as well.  We also had to order a suit for George.  I got a fantastic deal on suit separates from JC Penny: they were having a 60% off sale and we ended up getting a $400 three piece dark blue suit for a little over $100 plus free shipping.  It arrived today and it fits our actor very well.  Our total spent on costumes for the show, including dry cleaning is $590.60. 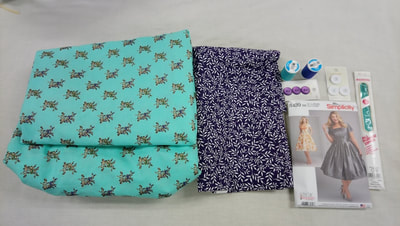 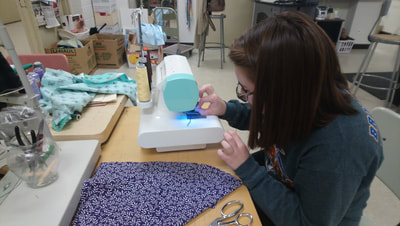 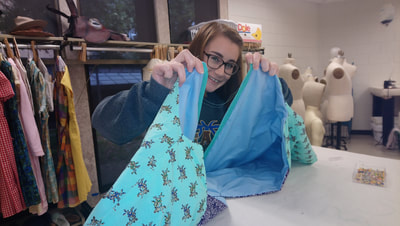 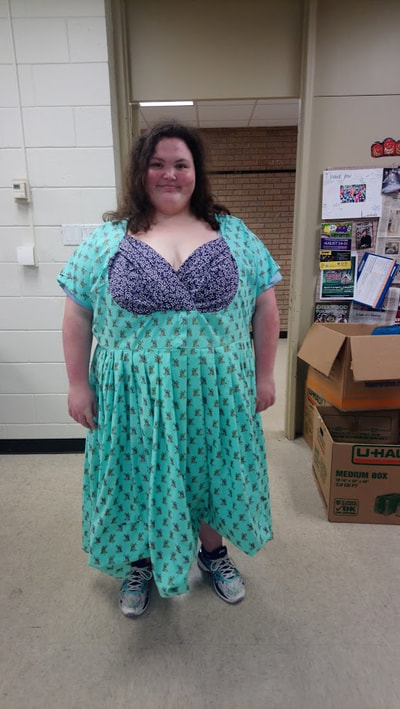 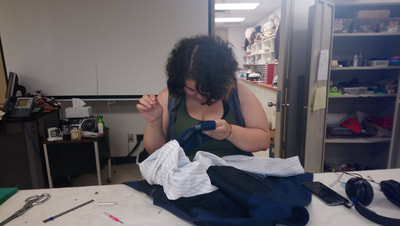 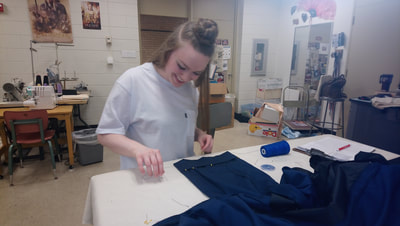 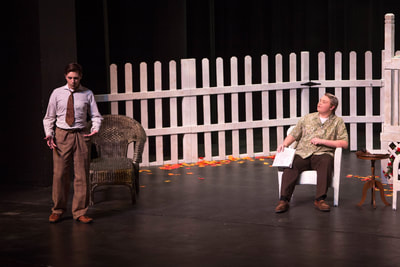 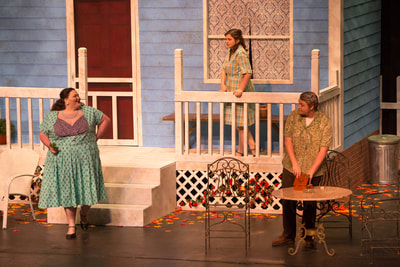 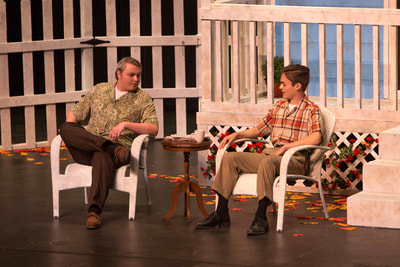 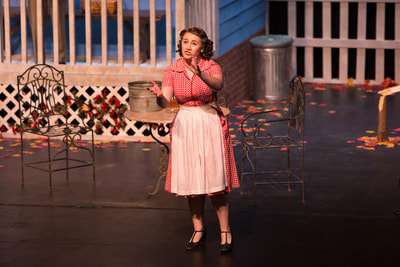 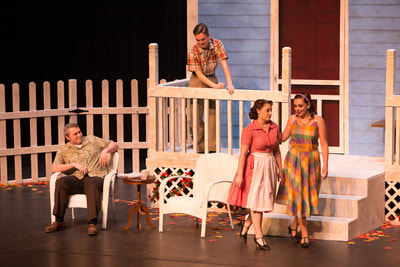 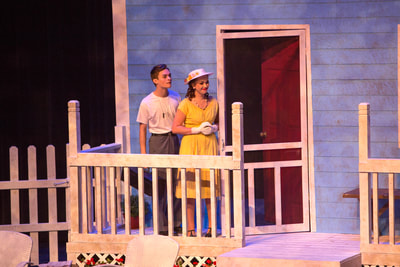 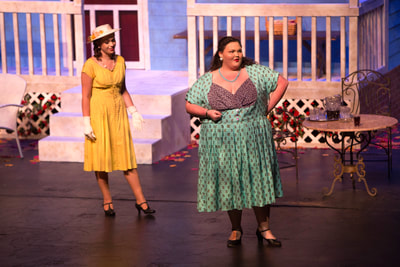 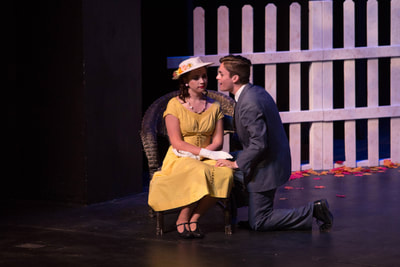 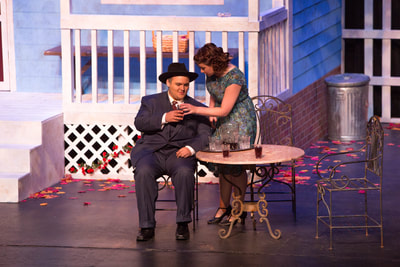 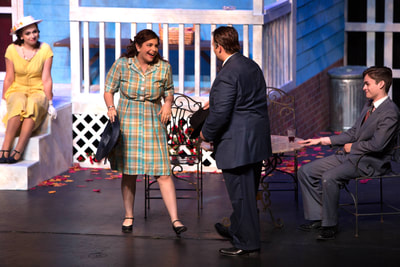 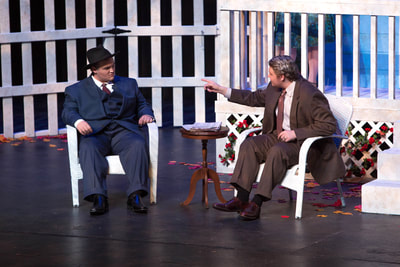 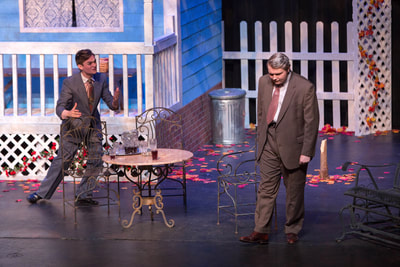 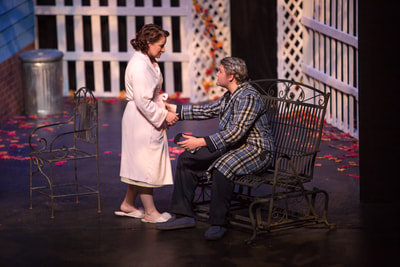 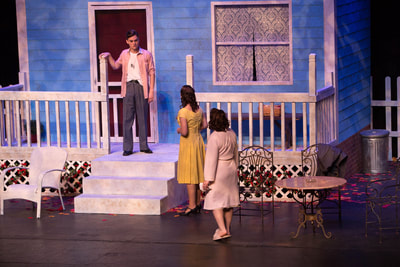 By CARL HOOVER choover@wacotrib.com Oct 4, 2017
Arthur Miller’s drama “All My Sons” takes place in 1947 as the nation was recovering from four years of war, but McLennan Community College theater instructor Kelly Parker finds it hasn’t lost its relevancy some 70 years later.  That’s because people still deal with deception, betrayal, love, mourning and values that put profit before people.

“It’s my favorite Arthur Miller play. It’s such a well-written tight play,” said Parker, director of the McLennan Theatre production that opens a three-performance run Thursday at MCC’s Ball Performing Arts Center. “The dialogue still holds up today. It feels just as alive as it did back then.”

​In “All My Sons,” a visit by Ann Deever (Annie DeYoung) to former neighbors Joe and Kate Keller (Colton Halliburton and Hannah Young) and their son Chris (Alec Ehringer) at their Midwestern home brings back good memories and bad.

Her former boyfriend was the Kellers’ son Larry, reported missing in action during the recent war and believed dead. Her father Steve was a business partner with Joe, but in prison after selling cracked cylinder heads for aircraft engines that resulted in the deaths of 21 pilots. Joe was equally guilty, but pled ignorance of the scheme and evaded prison.

Chris and Ann now are in love and wishing to marry, against the will of Kate, who still believes Larry is alive, somewhere. Also opposed to their marriage is Kate’s brother George (Christian Templet), who visits his father in prison and learns about Joe’s role in shipping the defective parts.

Actors ground drama of McLennan Theatre's
​All My Sons 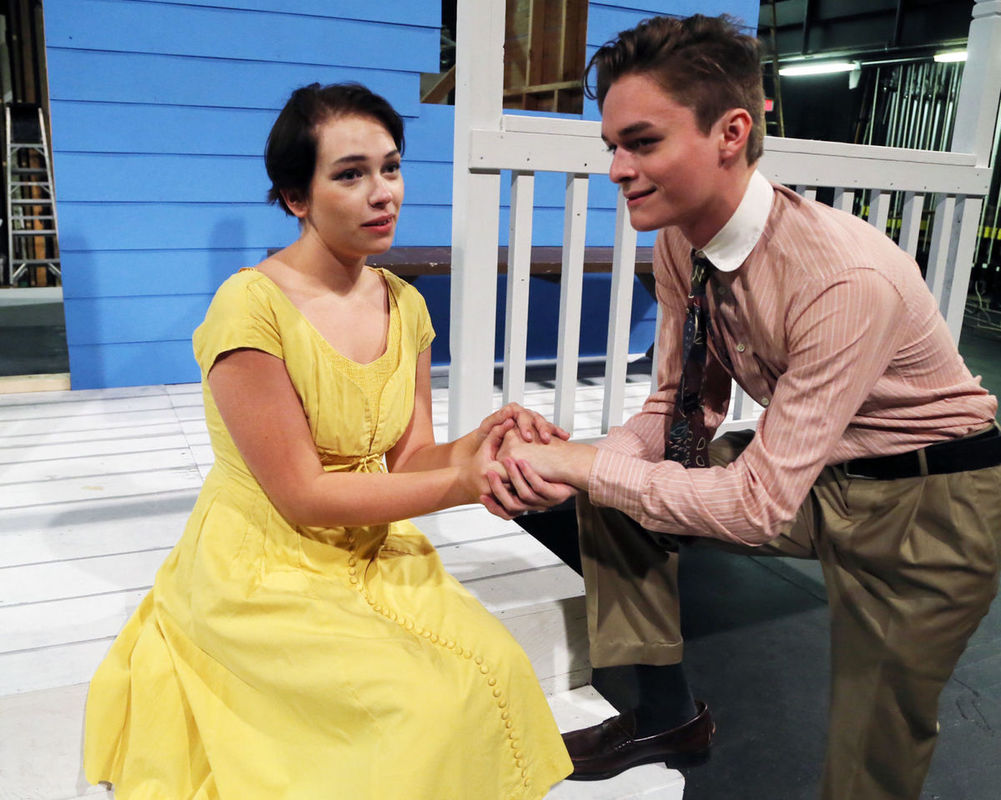 Half of the characters in Arthur Miller's drama "All My Sons" fall near the age of the actors in its McLennan Theatre, the twentysomething children of the Keller and Deever families, but it's the actors playing the parents who provide the play's emotional gravity.

The post-World War II drama finds the two families caught between past and future, as many American families, two years after the war. Midwestern businessman Joe Keller (Colton Halliburton) prospered during the war by building aircraft engine parts, surviving a scandal that saw neighbor and partner Steve Deever jailed for shipping out defective cylinder heads that led to the deaths of 21 airmen.

His wife Kate (Hannah Young) continues to grieve the loss of their eldest son Larry, a pilot missing in action for three years, and keeps hope alive that he'll return. Younger son Chris (Alec Ehringer) struggles with the guilt of losing the men under his command and the prospect of happiness in a romance with childhood neighbor Ann Deever (Annie DeYoung), Larry's former girlfriend, with whom he's been corresponding.

The play opens as she's visiting the Keller family at his invitation, a visit during which he plans to ask her to marry him. Her visit triggers both memories of the happier pre-war days between the Kellers and Deevers and the darker incident that split them as well as the Deever children and  their father.

Neighbors dropping by - Doctor Jim Bayless (Bobby McCarthy) trying to avoid house calls, his aggressive wife Sue (a forceful MacKenzie Smith) determined to keep him in a paying job, Frank Lubey (Kade Hollis) believing in the value of astrological signs - hint that the neighborhood may not be convinced Joe was blameless in the scandal that sent his partner to prison.

​A nighttime storm that blew down Larry's memorial tree and Kate's unsettling dream add to an unease that soon manifests itself in suppressed fears, emotions and dark secrets that start to bubble forth.
Kate, alone in her belief that Larry is still alive, feels betrayed by her family's and Ann's lack of loyalty to Larry; they, in turn, feel she's unwilling to face facts. Chris, raised in Larry's shadow, wants to break with his parents to chart his own life with Ann, yet struggles to do so.

Paterfamilia Joe tries to impose an even keel on all this, but a surprise visit by Ann's brother George (Christian Templet), fresh from a meeting with his father in prison, provides the spark that soon blows apart the relationships onstage as Joe's true role in the scandal and Larry's fate are revealed.

The complex emotional layers in Miller's characters are heavy lifting for a young cast and anger is often the easiest to express, particularly for Templet as an embittered brother and Ehringer, trapped by love, loss and betrayal.
Young and Haliburton as the older Kellers, however, ground the drama's emotional resolution, Young with a sustained intensity that shows her pain at Larry's loss may also mask her unwillingness to accept the truth of a past criminal deception, Haliburton with a surface equanimity suppressing responsibility even as he tries to plead it was for his family.

Director Kelly Parker finds a balance in performances and in tone, though the last two snippets of incidental '40s swing music seemed oddly upbeat for the seriousness they separated.
​
It's a production with contemporary relevance that merits more than its three performances, the last which comes at 7:30 p.m. Saturday night at McLennan Community College's Ball Performing Arts Center. Tickets are $10 and $8. Call 299-8200 for ticket availability.