Texas Theatres Where You Can Go See Great Costumes

Zachary Scott Theatre
From their website:
"Founded in 1932, ZACH Theatre is the longest continuously running theatre company in the state of Texas, and one of the ten oldest in the country.

Each year, ZACH serves nearly 115,000 Central Texans – 50,000 of which are children and youth who participate in our education and outreach programs, as well as exciting camps and classes." 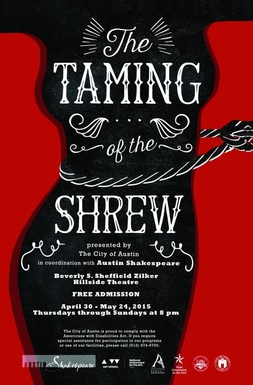 Zilker Park is in Austin.  I grew up watching plays here.  One of the slots at Zilker Park is the free summer Shakespeare produced by Austin Shakespeare.  They do great work and you can get a job making costumes for them.  Click on the Austin Shakespeare button for the link to summer internships.  It's under the Get Involved heading.  The 2015 selection is Taming of the Shrew.

From their website:
"The Summer Musical at the Zilker Hillside Theater has been an Austin tradition that has thrilled family audiences for over 50 years. Since the inaugural production, Seventeen, on Sept. 1 and 2, 1959, audiences have gathered each summer to be charmed, engaged and entertained at the theater.

Over the years, the musical has grown from an Austin Parks and Recreation Department’s project for high school students into the highly polished, professional theatrical production of Broadway musicals under the stars. In honor of the founder of the Zilker Summer Musical, the renovated Hillside Theater was named the Beverly S. Sheffield Hillside Theater in 1998 during its 40th anniversary season.  The 2015 selection is Hairspray."

From their website:
"DA means “yes” in Russian. Yet DA! is more than a word and more than a company; it is a way of life. Rooted in contemporary Russian acting and movement theory, DA! is a desire to explore our outer limits and our inner core. DA! is more than one person or one idea; it is a collective. Believing in the power of that collective, DA! seeks to carve out spaces and times where artists of all kinds can train, play, discover, create, and produce together. DA! believes that encouraging the individual expression of its members strengthens the evolution of the ensemble; DA! believes that listening to our audiences while simultaneously engaging and challenging them will engender compelling performances and high-quality productions; DA! believes in the power of intention and the value of hard work; DA! believes that Austin, Texas in the 21st century is the best place and time to be doing this hard work. "
Lost Rabbit Collective 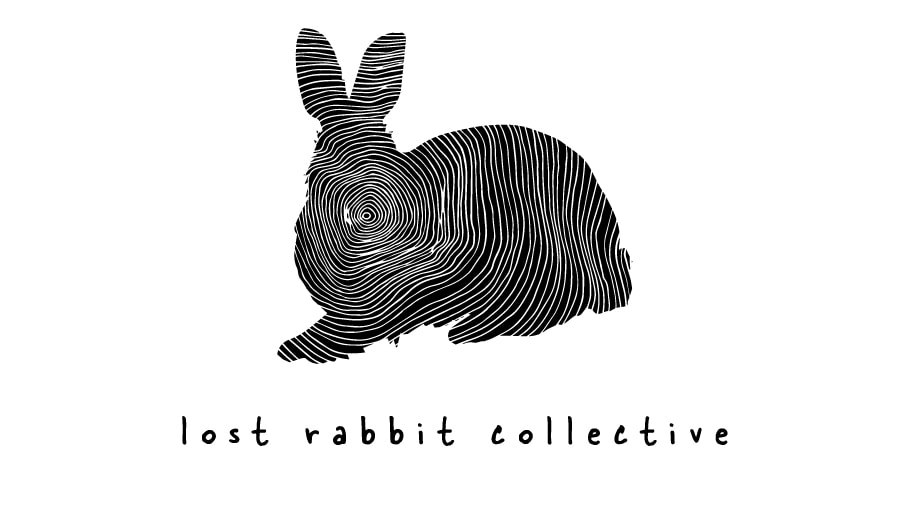 The Lost Rabbit Collective is a female led team of artists.  Artistic Director Charlesanne Rabensburg, and Managing Producers Natalie Discristofano and Emma Peterson, all met in the Chicago theatre scene.  One by one they all relocated to Austin.  From the website, "Our productions will be unique to Bastrop.  We combine traditional theatre with a splash of the experimental.  We shorten the distance and the expected lines between the audience and actors, without forcing the audience to participate in the action.  The experience is a more intimate, up-close-and-personal one."

"Our only goal is to provide you with high-quality professional productions--a caliber of theatre that is seldom found outside major cities. All of us hope your experience with us, whether it is your first or the latest of many, is not only satisfying but also uplifting, inspiring, and memorable."

Kitchen Dog Theatre
Kitchen Dog Theatre is in Dallas.  Aggie Players Christie Vela and John Flores and their children work and act here.  McLennan alum Lee Trull works here too.  This is a bit on the gore special effects from the production of Titus Andronicus that Lee Trull adapted and Christie and John starred in.  You should go see their shows, they are very good.

From their website:
"It is the mission of Kitchen Dog Theater...
to provide a place where questions of justice, morality, and human freedom can be explored. We choose plays that challenge our moral and social consciences, invite our audiences to be provoked, challenged, and amazed. We believe that the theater is a site of individual discovery as well as a force against conventional views of the self and experience. It is not a provider of answers, but an invitation to question. Since theater of this kind is not bound by any tradition, Kitchen Dog Theater is committed to exploring these questions whether they are found in the classics, contemporary works, or new plays.

About the Name
The name Kitchen Dog Theater is drawn from Samuel Beckett's masterpiece, Waiting for Godot. In this play, the "kitchen dog" is a symbol of the victim/participant in our society's seemingly endless cycle of ignorance and injustice. We call ourselves Kitchen Dog because our work seeks to question this cycle."
Theatre 3 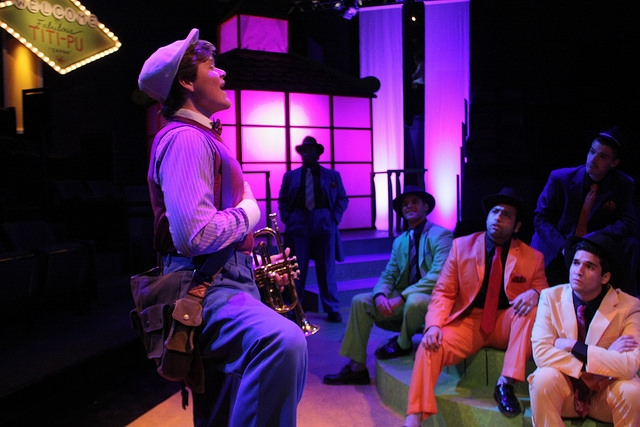 From their website:
"Theatre Three produces a wide variety of literature for the stage so that our understanding of the human condition is expanded. Theatre Three strives to illuminate the ideas and emotions the author intends rather than imposing other ideas and emotions alien to the writer’s intent. Theatre Three creates a workplace where mature and young artists are supported in personal and artistic growth and to emphasize the employment of artists who make their year-round residence in Dallas and North Texas. Theatre Three is inclusive as a theatre organization recognizing all elements of the company and the community. Theatre Three promotes the particular pleasure that is gained only from live performance of actors and audiences."
Dallas Theatre Center
Aggie Player, Christie Vela is performing in Sense and Sensibility there right now.  The run ends May 24th.


From their website:
"One of the leading regional theaters in the country, Dallas Theater Center (DTC) performs to an audience of more than 90,000 North Texas residents annually. Founded in 1959, DTC is now a resident company of the AT&T Performing Arts Center and presents its mainstage season at the Dee and Charles Wyly Theatre. DTC also presents at its original home, the Kalita Humphreys Theater, the only freestanding theater designed and built by Frank Lloyd Wright. DTC engages, entertains and inspires a diverse community by creating experiences that stimulate new ways of thinking and living by consistently producing plays, educational programs and community initiatives that are of the highest quality and reach the broadest possible constituency."
Jubilee Theatre
From their website:


"Our Mission is to create and produce theatrical works which reflect the African-American experience.

Core Principles:
Casa Manana
Casa Manana is in Ft. Worth.  Aggie Player Ginny Green used to work there.  Sylvan just saw Peter Pan there. They have a children's theatre season and a broadway theatre season.  The have classes, camps, and internships,  This is  a clip from Cinderella that just closed.

From their website:
"Water Tower Theatre (WTT), founded in 1996, is not-for-profit professional theatre company in Addison, Texas - just north of Dallas. We produce six main stage shows each season in our flexible, state-of-the-art facility at the Addison Theatre Centre.  Celebrating our 19th anniversary of providing live theatre to the Dallas area, WaterTower Theatre is managed by Producing Artistic Director Terry Martin, who is entering his 15th season here.  WaterTower Theatre has won numerous major awards over the past 18 years.  WTT also produces a number of award-winning educational programs and offers a number of community outreach programs, including reduced ticket prices for seniors and students, to ensure that our work is accessible to as many people as possible."
Our Productions Theatre
Aggie Player Scott Kirkham, is both the executive producer/scenic designer for this theatre in Flower Mound. This is a clip from their current show a brand new musical called Ordinary Days, directed by Scott's wife, Stephanie.

From their website:
"We are a professional, non-profit, IRS recognized 501 (c) 3 charitable organization, whose mission is to develop cultural growth in North Texas. Our Productions Theatre Co. challenges audiences through presentation of new, diverse, and classic theatrical productions for both adults and children; raising awareness of important issues through performance; fostering the educational development of future artists (Young Artist Training Program); and preserving the heritage of live theatrical performance for both current and future generations. Established in 1993, it is the only professional theatre company in Denton County, using Actors' Equity Association contracts."

The Alley
The Alley theatre is in Houston.  McLennan alum Andrew Love was in Othello there a few years ago.

From their website:
"The mission of the Alley Theatre, under the direction of Artistic Director Gregory Boyd and Managing Director Dean Gladden, is to deepen the understanding of ourselves, one another, and the world we share by uniting theatre artists and audiences to experience the power of stories that illuminate the breadth and complexities of the human condition."
The Catastrophic Theatre
The Catastrophic Theatre is committed to producing new works.  The are edgy, irreverent, and challenging. The tickets are always Pay What You Can.  No one is ever turned away due to lack of funds.
Houston Ballet
"MCC alum Shanna Tucker works in the costume shop  at the Houston Ballet.

Their mission statement is:
"To inspire a lasting love and appreciation for dance through artistic excellence, exhilarating performances, innovative choreography and superb educational programs."