TEXAS COMIC CONVENTIONS
Everything cancelled due to pandemic

This one got cancelled this year.  Apparently one of the three owner/managers left and the other two had to scramble and couldn't figure out how to do it by themselves.  We'll see if they can get their con back together for next year.
Waco finally has its own Comic Con.  The first one was held spring break 2014 and had 9,000 attendees. We've met Nichelle Nichols, the actor who plays Boba Fett, Jeremy Bulloch, and Vincent Price's daughter. 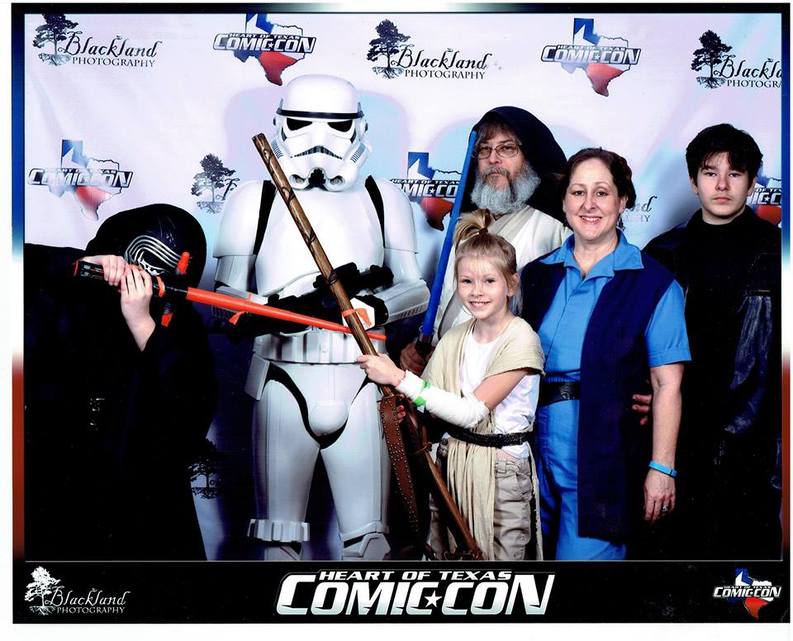 It's this weekend but I have a thing for work and then OAP recruiting to do, so we won't be able to go this year. 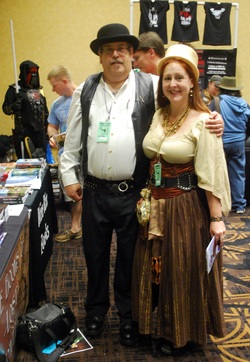 Aggiecon is produced by Cephid Variable, the A&M student organization that promotes all things sci-fi.  It is now held in Bryan at the Brazos County Expo Complex.  Aggiecon 24 (1993) was the first convention I ever attended.  FYI Aggiecon is exactly as old as me.  The photo is from Aggiecon 44 where we met George R. R. Martin.  He said he loved my hat!  He was super impressed when he saw that Rob had brought not a copy of a GOT book for him to sign, but an Omni magazine from the 80's that had published his short story SandKings.  This was my first and only (so far) attempt at Steam Punk costumes. 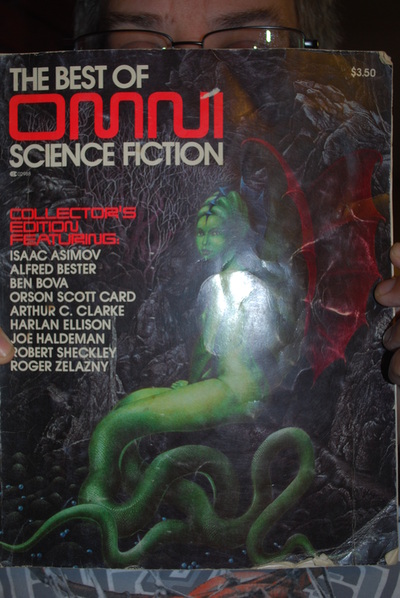 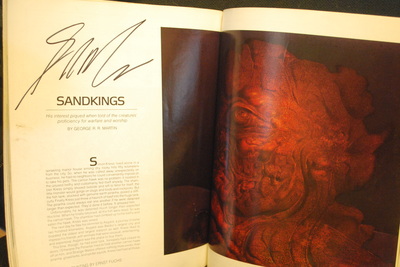 This year we premiered out Batman 66 cosplay, met Felicia Day, got some excellent swag, and got seen by the promoters of the new Greater Austin Comic Con and invited to attend it with 5 free two day passes! 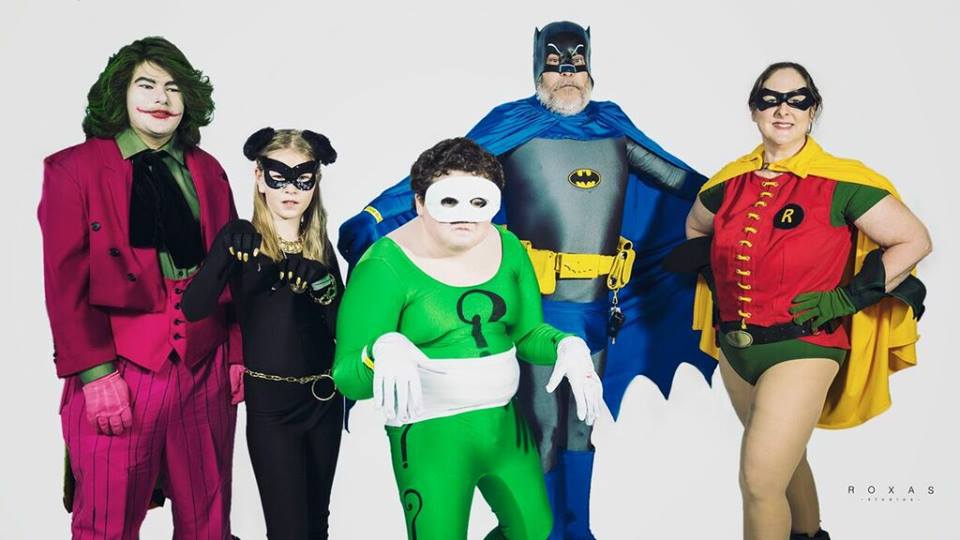 Last year, they moved the dates way earlier so it conflicted with the opera and I couldn't go.  We missed amazing guests including Mark Hamill and Adam West and Burt Ward which really pissed me off.  And then Adam West died, so now I'll never get to meet him.  That way why we did the Batman 66 cosplay this year, in his honor.

In 2016, Sarah gave Peter Mayhew a picture she drew of him and then showed him the twin that she drew to keep, he signed hers for her.  He's such a sweet guy.  And we got to see Frank Miller and listen to him talk about all his graphic novels. ​ In 2015 we saw Carrie Fisher and Peter Mayhew (again).  I got to meet Eric Z from Face Off. 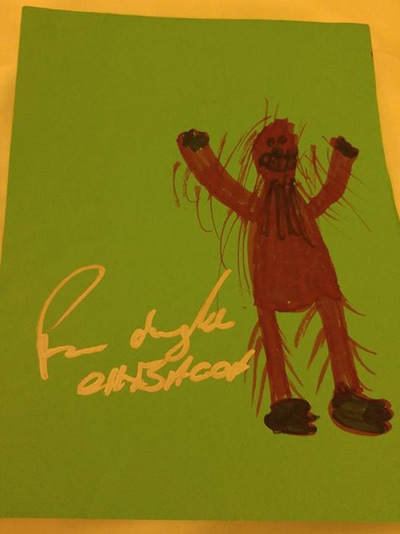 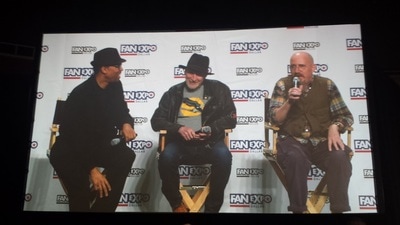 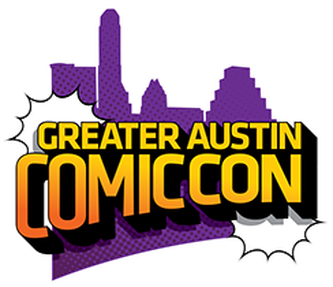 This is a brand new con that I've been invited to as a guest cosplayer.  We were approached at Fan Expo and given 2 day passes to come and reprise our Batman 66 cosplay.  Doug Jones is a guest this year, so I'm very excited.  We will also be premiering our Flash Gordon family cosplay because Sam Jones (Flash) and Melody Anderson (Dale Arden)  will be there as well. 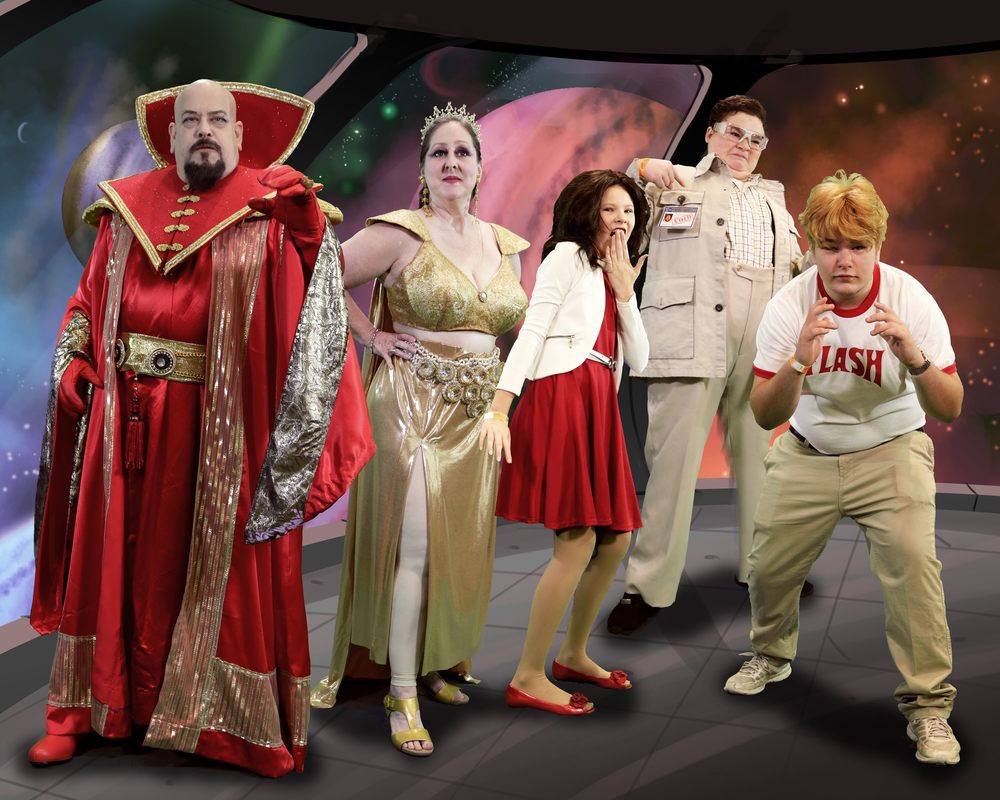 ​This one is in San Antonio and it's also brand new.  It started in 2013 and had 35,000 attendees. It has grown tremendously since then and in 2016 is was so huge it was difficult to even get around.  We met Billie Piper, David Tennant, and Fred and George Weasley, as well as Rob's hero, Buckaroo Bonsai. 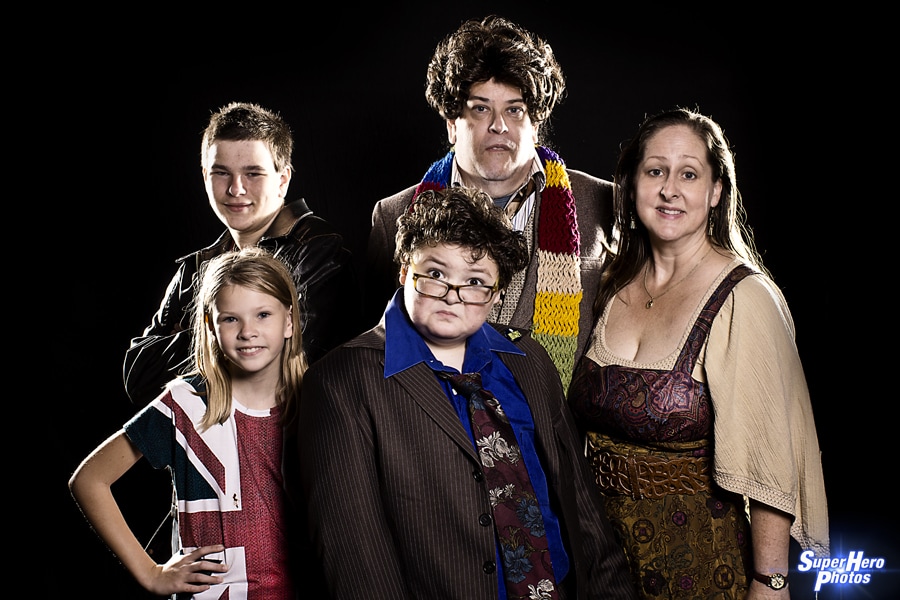 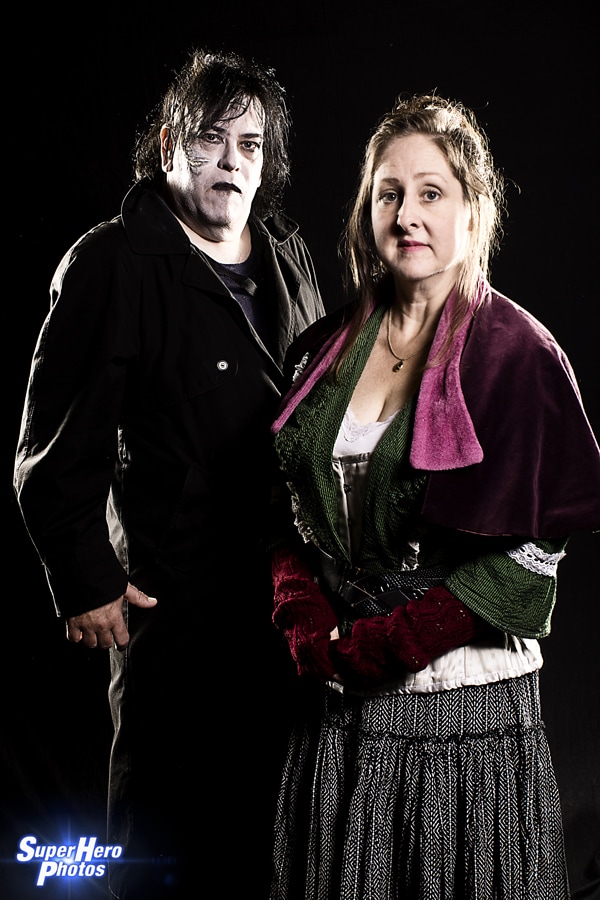 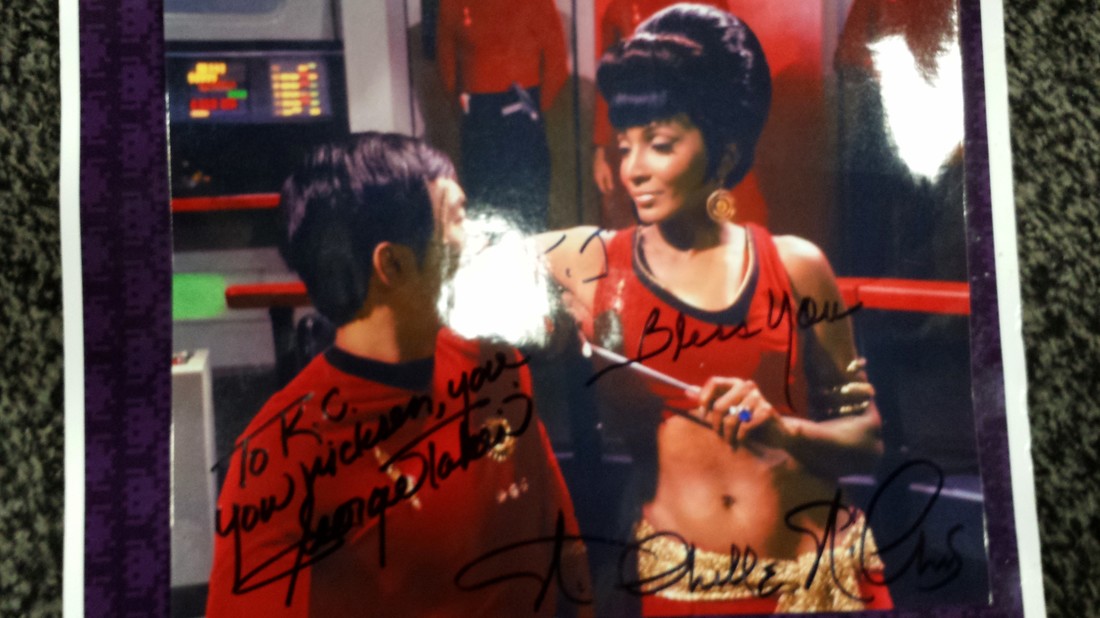 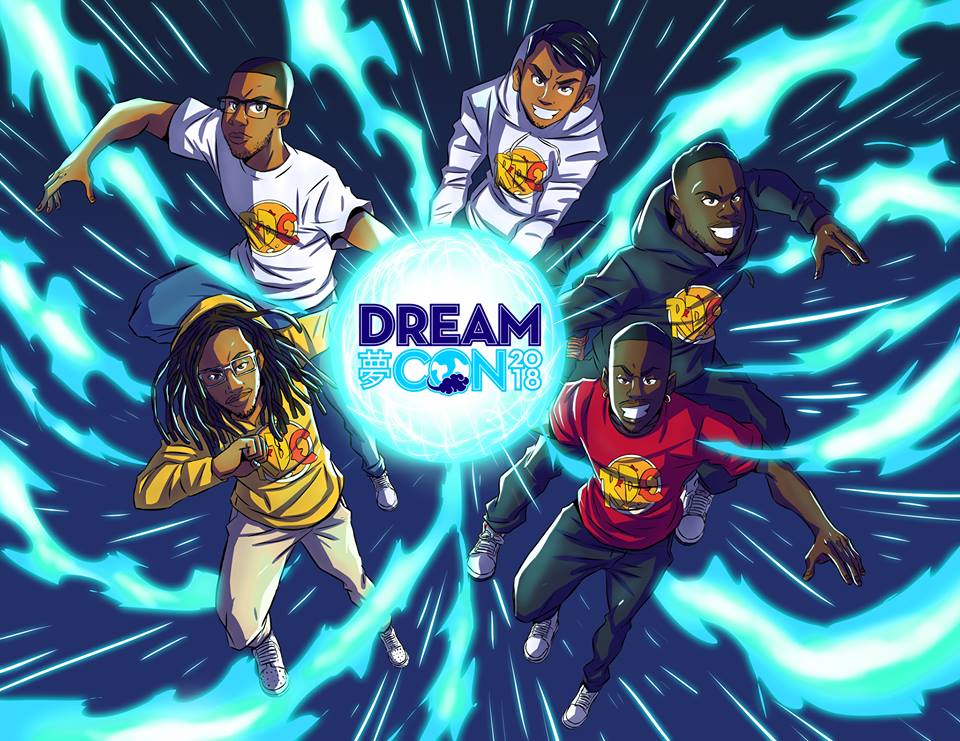 Dream Con
This was Dream Con's first year and we intended to go but it was the week before Geekfest and I still wasn't done with our costumes.  Hopefully we'll go next year.  It's local for us and just minutes away at the Waco Convention Center. 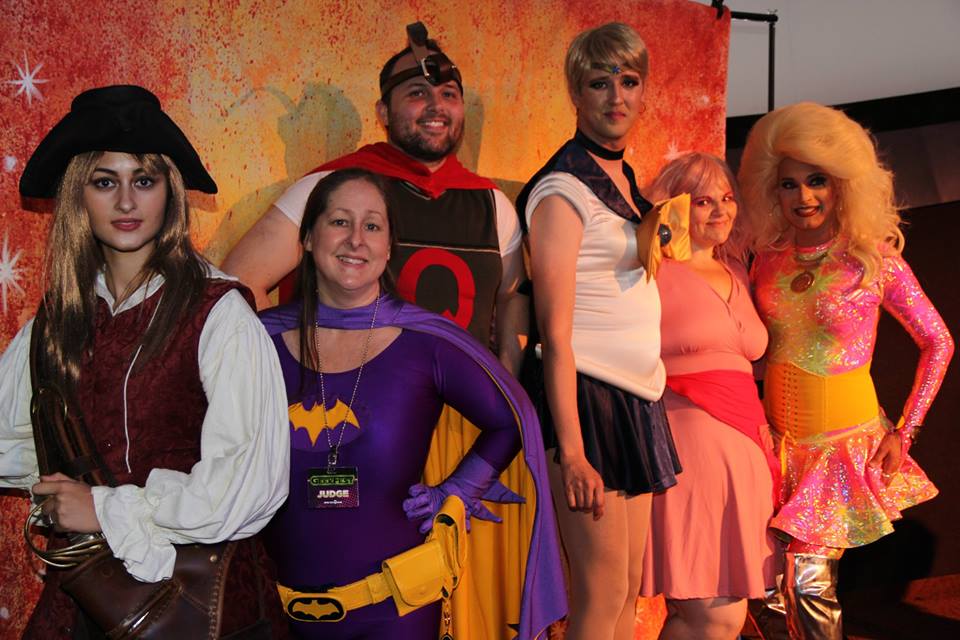 Geekfest is in Killeen at Central Texas College in the Mayborn Science Theatre.   It has really grown a lot since the beginning.  It's where we met Peter Mayhew back in 2012.  My friend and McLennan alum Jason Sanchez is on the Board and is the Head of Contests.  He invited me to be a judge for the various costume contests.   I do an armour panel every year and man the McLennan table where I will be recruiting for the theatre department. Last year I finally got to take part in the Yule Ball.
Wizard World is a touring con that goes all over the US.  This year the only city it hits in Texas is Austin.

Waxacon
This will be our first time at Waxacon.  This is their second year in existence.  We're going because Briumbra Photography will be there and we want to make sure they get awesome photos of our Justice League Dark cosplay.  We entered the costume contest and won 1st and 2nd place! 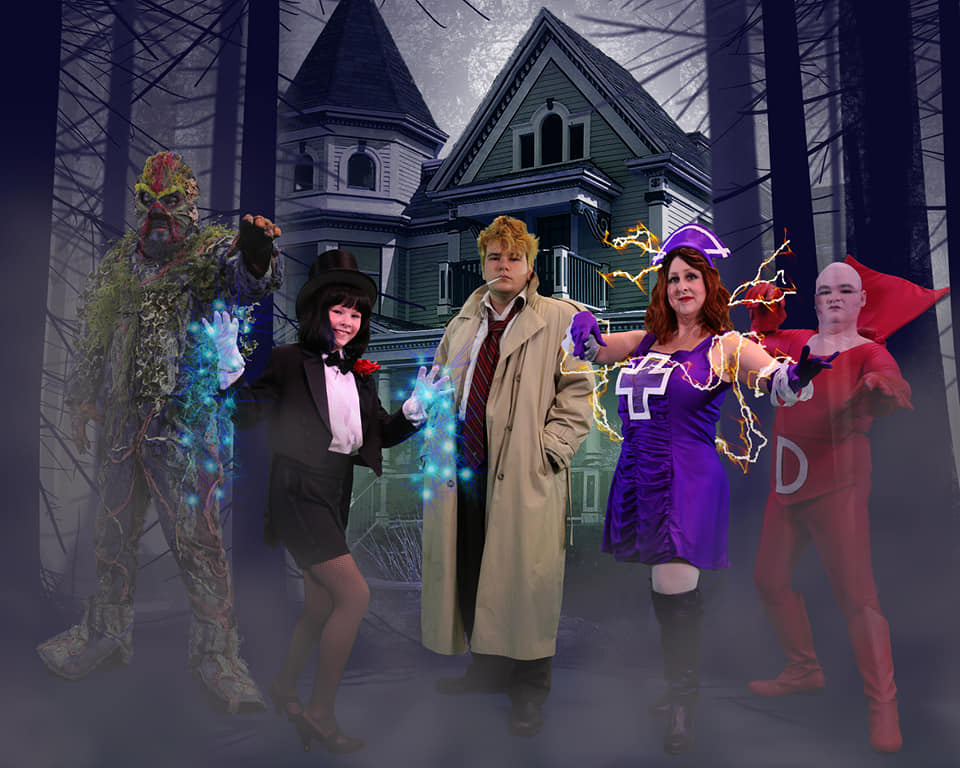 Longview Comic Con
We've never been to this one, and their page has almost no information up right now, but Briumbra Photography is going to be there, so we will too, with a new cosplay.