1896. Girton College, Cambridge, the first college in Britain to admit women. The Girton girls study ferociously and match their male peers grade for grade. Yet, when the men graduate, the women leave with nothing but the stigma of being a ‘blue stocking’ – an unnatural, educated woman. They are denied degrees and go home unqualified and unmarriageable.  In Swale’s play, Tess Moffat and her fellow first years are determined to win the right to graduate. But little do they anticipate the hurdles in their way: the distractions of love, the cruelty of the class divide or the strength of the opposition, who will do anything to stop them. The play follows them over one tumultuous academic year, in their fight to change the future of education. 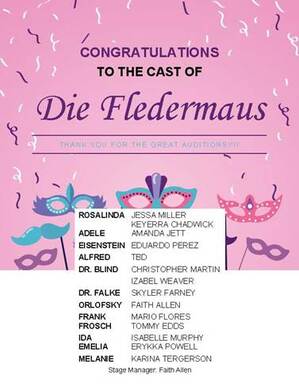 The first production meeting was held on Aug. 30 Thursday at 1 pm.  My budget is $2000.00.
We discussed the look of the set and costumes, I had initially felt that the female students might not wear corsets seeing as how they were on the edge of being liberated women.  Kelly felt it was important to have the women wear corsets to give the actresses better posture and to allow them to feel caged which he hopes will give them something to fight against in the play.  We talked about dressing each girl in an individualized color.  Mackenzie Smith volunteered to design hair and makeup.  We started pulling bloomers, petticoats, corsets, and boots for the women today so that they can start wearing them for rehearsals on Tuesday.  My plan is to build 4 sets of bloomers, petticoats, skirts, and jackets for the female students and to pull or buy all the mens' costumes.  I have 12 freshman in my costuming course so they will be assigned the bloomers, petticoats, and skirts.  I will assign the sophomores the jackets.

Last week we pulled petticoats, bloomers, corsets, and boots for the actresses to rehearse in, as well as suits for all the male students and faculty characters.

I went shopping for fabric over the Labor Day weekend and found some things for the students plus some more things I didn't anticipate building, but will now.  Bailey, my awesome adjunct in the shop, will be building Mrs. Welch and Miss Blake's costumes from Butterick patterns I got on sale for $1.  I'm assigning Miss Bott's costume to a sophomore.  The total for fabric was $500.
9/4:  This week we washed all the fabrics, and then ironed them. The freshman learned to thread the machine and sew a straight stitch, as well as use the serger.  I drafted a bloomer pattern and they began cutting out the bloomers.  Next week we will start on the petticoats. We had fitting on all the girls' rehearsal garments so that necessitated ordering more of those things. Our boots are in sorry shape and they will not last until the run. Also, several of the corsets were too large for the girls and our next available size smaller was entirely too small.  So I ended up ordering 11 pairs of black lace up boots for $500, 3 corsets for $200, 6 pairs of blue tights, plus two more for the props department, and 10 Victorian long sleeved high necked blouses in various colors for another $300.  By the end of the week, we've managed to almost finish one petticoat.  It's been a slow start.

Over the last two weeks, the freshman costuming students have made a lot of progress on their bloomers and petticoats.  As a class, they were assigned 4 bloomers, 4 petticoats, and 4 skirts.  We only have one week left to complete these 12 garments before First Dress on Monday Oct. 1.

We started fittings on the girls the week of Sept. 24th.  We only have 3 fittings left to do this week. 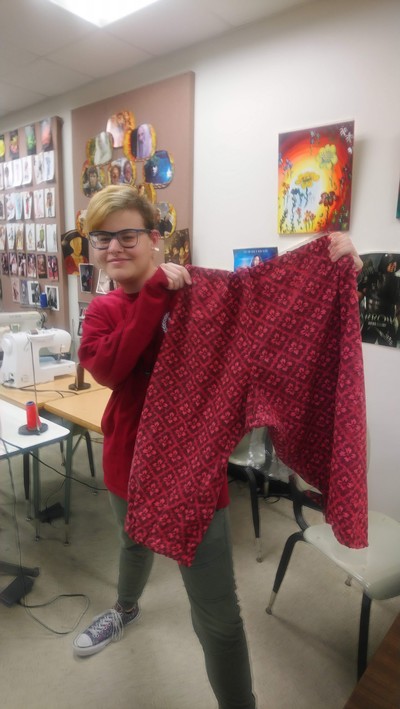 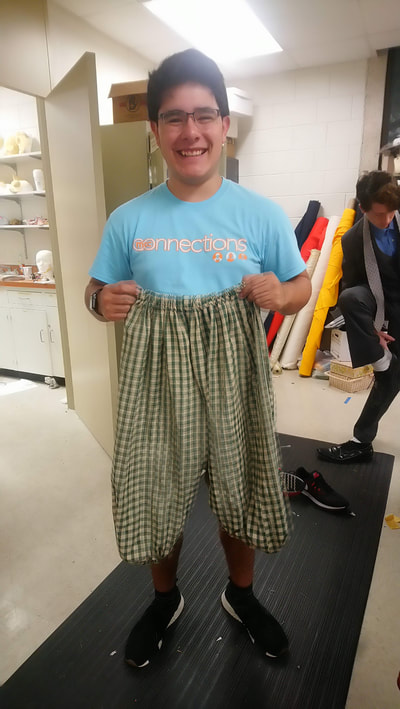 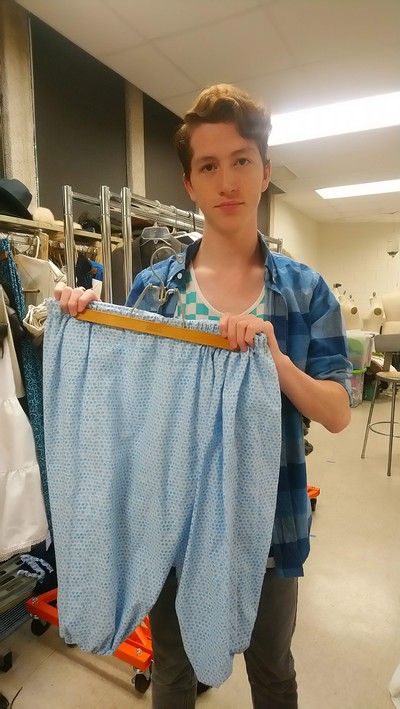 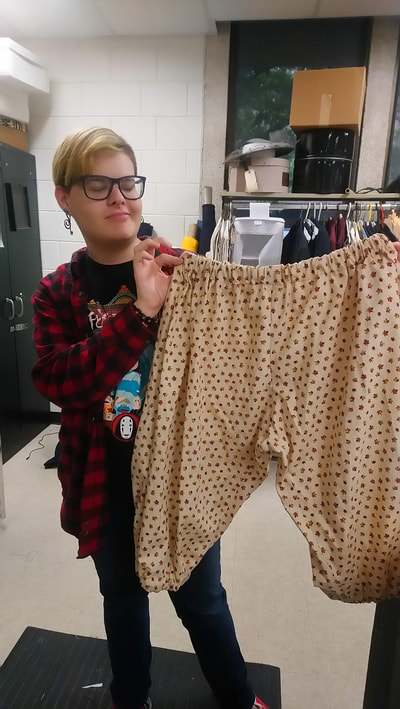 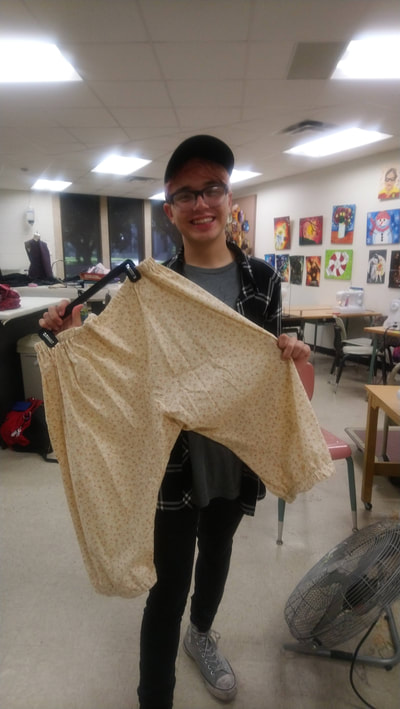 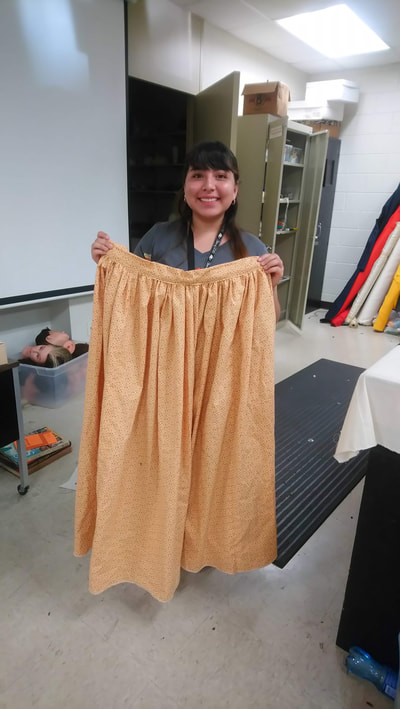 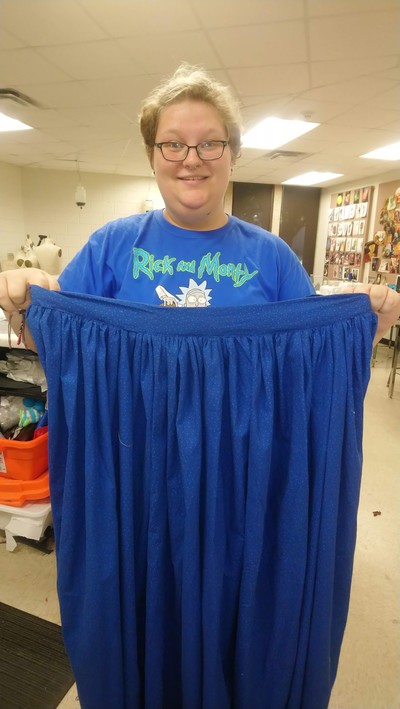 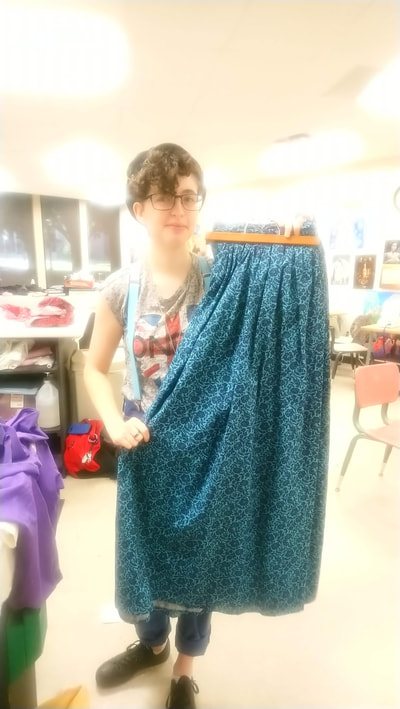 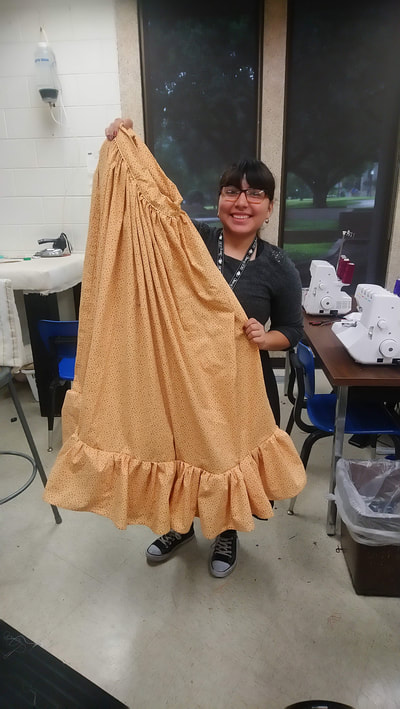 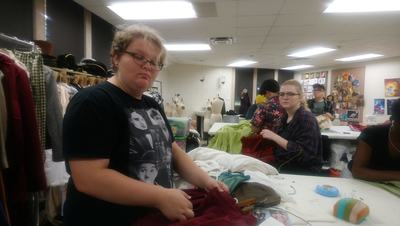 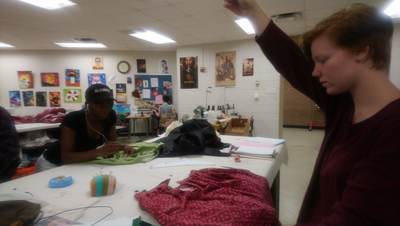 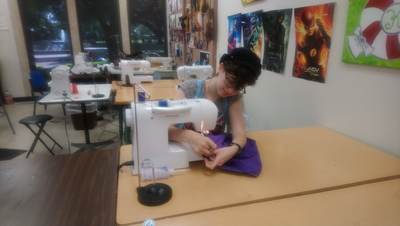 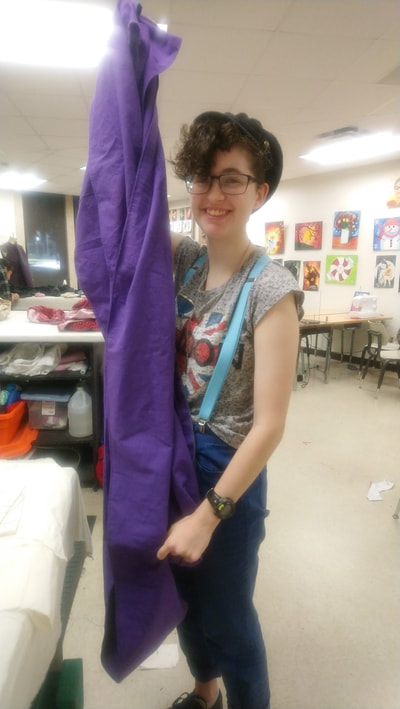 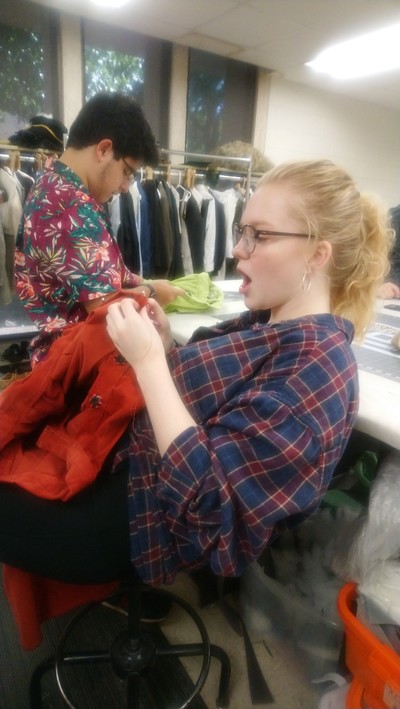 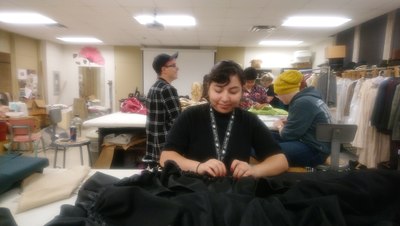 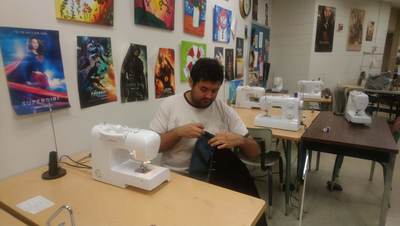 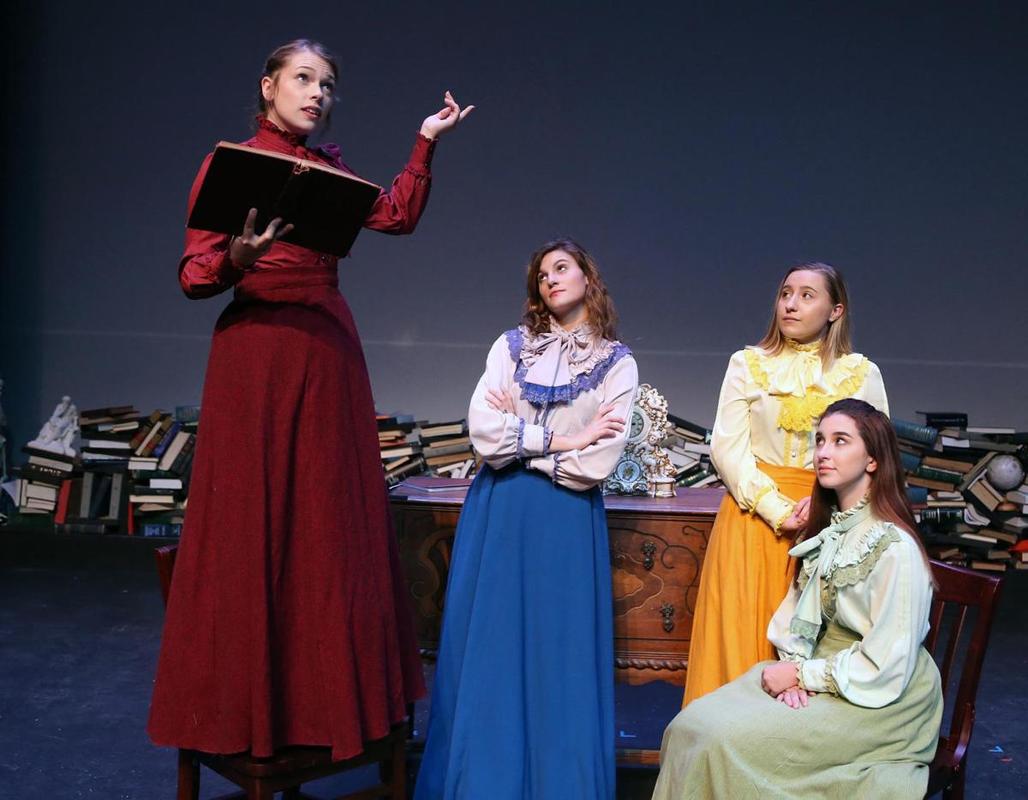 Director Kelly Parker couldn't have foreseen the current national discussion on women and their treatment by men when he chose Jessica Swale's "Blue Stockings" to open McLennan Theatre's 2018-19 season.
He was looking largely for a play that would provide roles for the growing number of women in MCC's theater program as well as content that was pertinent to their experience. "I wanted something meaty and relevant to where they are," he said.
With issues of women's rights and roles at college, albeit one more than a century ago, "Blue Stockings" has the relevance question nailed.
Swale's play looks at four women attending Griton College, Cambridge in 1896: Tess (Brayden Braziel); a somewhat bohemian Carolyn (Annie DeYoung); bookish Celia (Avery Carlisle); and Maeve (Kate Hodge), on scholarship and from a lower social class than most of the men at the university.
Attending is the operative word here: The four women are allowed to attend classes with their male counterparts, but cannot earn a degree from their studies. In some classes, they're not allowed to participate in the discussions between male students and male professors.
For Tess, that's inherently unfair and she pushes back against faculty and students irritated that she doesn't know her place, both in the university and in English society of the times. To them, she's a blue stocking, the nickname given a female intellectual, borrowed from the 18th century female-founded Blue Stockings Society, a literary social circle.

The foursome find themselves up against prevailing social roles for women that limit them due to perceived weakness, physically and intellectually, compared to men or out-and-out objectification by the men around them.
Swale created the characters in her play, but its story was built on truth: Female Cambridge students could study there, but weren't allowed to earn degrees until the 1940s.
Get“Blue Stockings” - McLennan Theatre
Saturday, October 6 | 7:30 pm
Ball Performing Arts Center, MCC
"Blue Stockings"By McLennan Theatre
Performances: 7:30 p.m. Thursday through Saturday at McLennan Community College's Ball Performing Arts Center.
Tickets: $10, $8 for senior adults, military personnel and students.