Posted: Thursday, October 6, 2016 12:01 am | Updated: 1:24 am, Thu Oct 6, 2016.
By CARL HOOVER choover@wacotrib.com
Times and cultures may change, but laughing at hypocondriacs and the quacks who service them seems to endure.
Imagined illness and the fakery that milks it for money fuel Moliere’s “The Imaginary Invalid,” the French playwright’s 1673 comedy that will be staged this weekend by McLennan Theatre.
Wanting something light and funny to open the theater’s 2016-17 season, director Kelly Parker thought it would fit the bill, particularly after finding Constance Congdon’s adaptation from a new translation by Dan Smith.
Theater fans up on their Moliere might find Congdon’s adaptation veers from the original with some characters combined or deleted and a few contemporary, anachronistic allusions thrown in. “The first act feels very Moliere, but the second is more Marx Brothers or (contemporary farceur) Ken Ludwig,” he said. “It’s very funny, very silly.”
The action centers on French householder Argan Geronte (Hunter Allen), who is not content unless he is sick. His daughter, Angelique (Hannah Young), is in love with Cleante (Alec Ehringer), but is shocked to find her father intends to marry her to a doctor-in-training, Claude de Aria (Bobbie McCarthy), an nephew to Doctor Purgeon (Michayla Binette), to have physicians at hand within his family.
Meanwhile, Argan’s second wife, Beline (Chelsi Aiken), is scheming to have Argan rewrite his will to her favor. Standing in the middle is the Gerontes’ long-suffering, and savvy, maid, Toniette (Kaitlin Riley), who works with Angelique to foil Argan’s marriage plans and keep Beline away from her stepdaughter’s inheritance.
Congdon rewrote Moliere’s original ending in which Argan dies, keeping the comedy up front and, given the subject, relevant, Kelly said.
“Who doesn’t have an issue with a doctor sometime in his life?” he asked.
“The Imaginary Invalid” runs Thursday through Saturday at McLennan Community College’s Ball Performing Arts Center.

We had a production meeting and decided to do this show as a pull from stock show.  This was what we meant to do with the first show last year (Sense and Sensibility) but were unable to because someone rented and then never brought back all of our Pride and Prejudice costumes.  So we were forced to build the entire show from scratch.  That did not work out well.  So this year, we decided to use costumes from our last Moliere and the other two 17th Century shows that we've done recently (Tartuffe, Three Musketeers, and Beaux Stratagem).  I pulled all of those costumes out of storage and fittings began. I found things that would fit everyone , mostly from 3M, and alterations began.  We are only having to buy new shoes to replace the original ones from Tartuffe and one new wig.  So, it will have been a cheap show to start off the season.  We needed one more maid costume to go with the two we already had from Tartuffe and Beaux, so I pulled this fabric out of the closet and we made this. 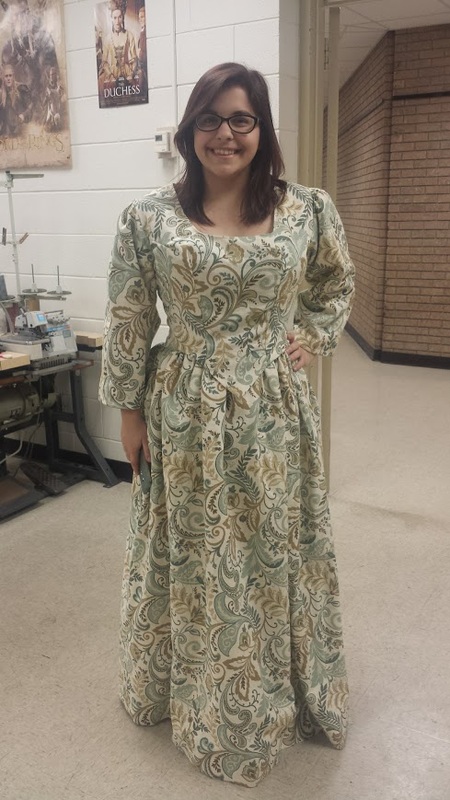 Photo shoot for the program cover 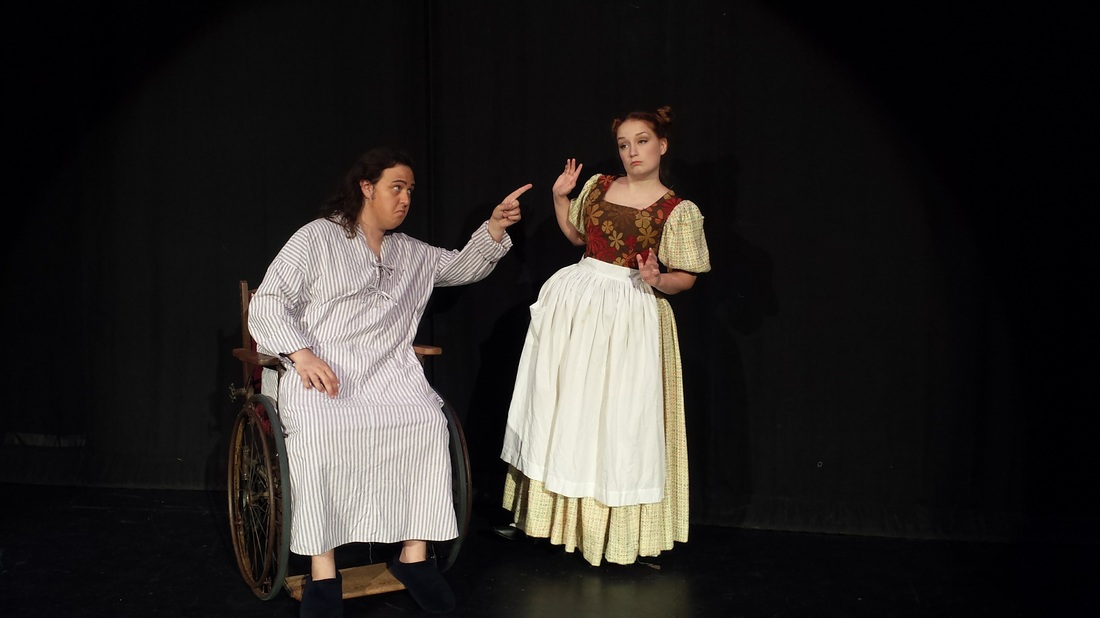 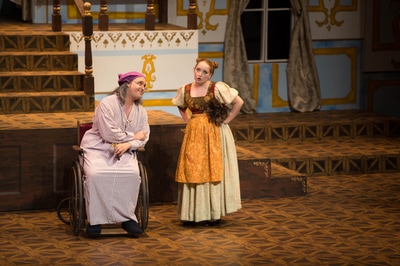 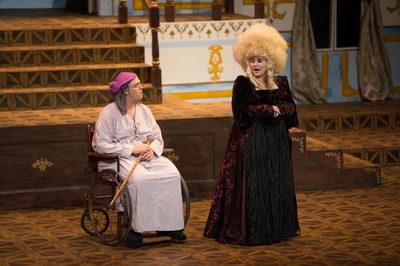 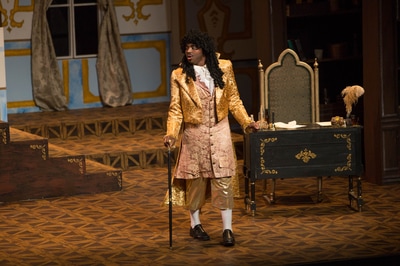 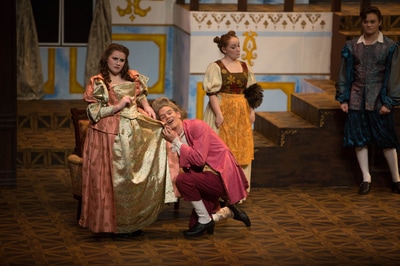 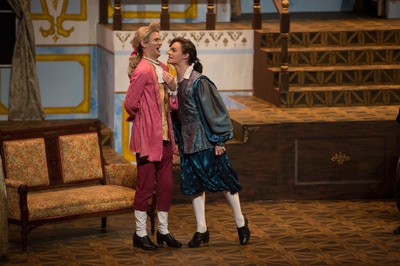 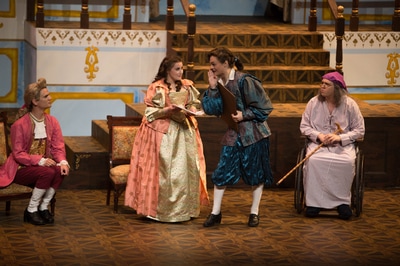 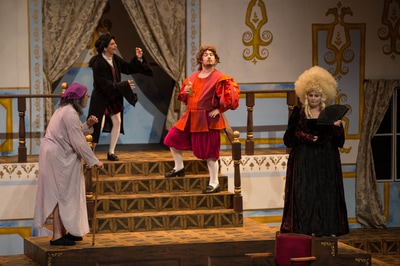 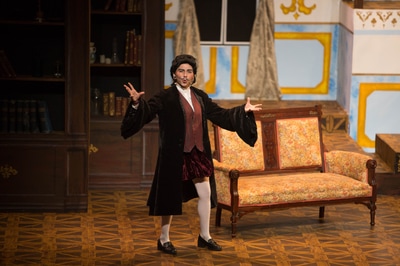 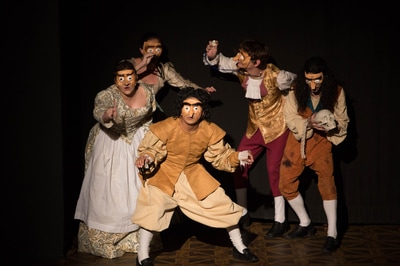