By Gilbert and Sullivan

Pirates of Penzance by Gilbert and Sullivan
Directed by Mandy Morrison

FEB 21-23
7:30 pm
BPAC
​Gilbert and Sullivan's hilarious, hopeful farce follows young Frederic, an orphan who has mistakenly been apprenticed to an ineffectual but raucous band of pirates. He disavows the pirates' way of life and falls for the beautiful Mabel. Frederic's melodious tones win over the heart of Major-General Stanley's songbird daughter, Mabel, but when the Pirate King discovers that General Stanley has lied about being an orphan to keep the pirates from stealing all of his belongings and carrying off his bevy of beautiful daughters, an "ingenious paradox" may prevent the budding romance and lead to the death of "The very model of a modern Major-General."

Auditions will be during Opera Workshop class on Tuesday Sept 4 at 2:30 in the MTA Black Box. 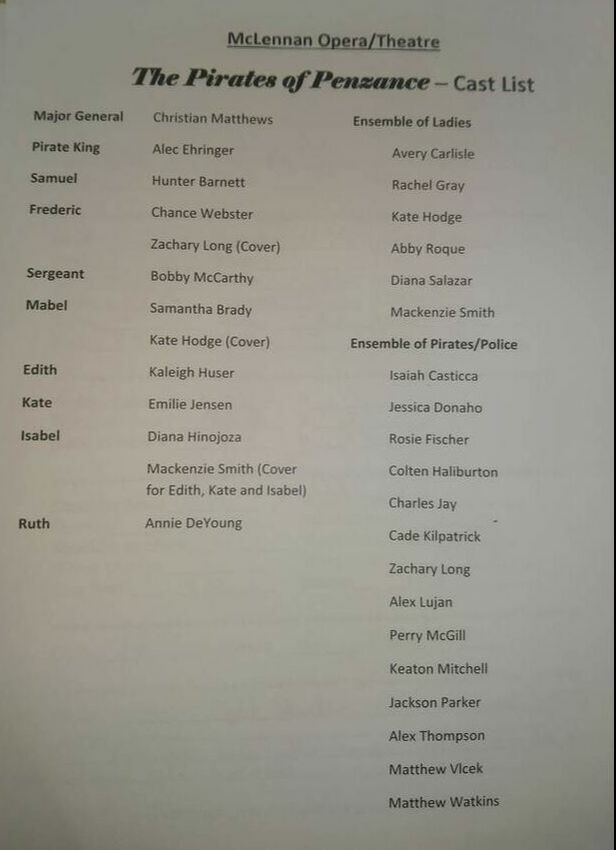 Because we have done this show once before and still have the Bobby uniforms, we are able to re-use most of them on the current actors.  I will only have to order one more in a larger size, which fortunately is only going to cost us $298.00.  Last time we did this most of our Bobbies were girls and little girls at that.  This time most of our Bobbies are big men.  We do have two girl Bobbies but they are also big girls.  We have a much larger budget than I did last time, so we're going to make a very official looking blingy Major General uniform of red coat and black pants with lots of gold braid and epaulets.   I have pulled out all the old daughter bodices and skirts that we made before to see if we can re-use any of those.   We have plenty of petticoats and bloomers to go around, so we won't need to make any more of those.  I have not been able to find the nightgowns, so we may have to remake all of those.  The original ones pre-exist my tenure here, so they probably needed to go bye-bye anyway.

We're starting with the nightgowns needed for Act II.  I chose Snuggle prints in flannel from Joanne's.  I tried to get the most amount of pattern and color but in the least modern prints.  Plaids were very popular in the Victorian period, so there are a few of those.  I drafted a pattern that has raglan sleeves, a drawstring neckline, elastic at the sleeve hem that forms a ruffle.  The previous nightgowns had a yoke and a high collar high collar.  This pattern is less constrictive around the bosom and more flowy at the hem.  Also, the thicker flannel won't be see through under light which was a complaint about the previous nightgowns. They were made from very thin fabric and made the girls self-conscious.
1-8: Tuesday: 8;30-12 patterned nightgown for daughters, 2:30-3:30 cut and serged nightgown. 4.5 hours
1-9 Wed.: shopped for fabric 9-10:30, began washing fabric 12:30-3:30. continued working on nightgown mockup. 4.5 hours
1-10 Thurs: completed the nightgown mock-up. 8:30-10:30 finished washing and ironing all the fabric, 12:30-2:30. 4 hours
Classes started 1/14.  this week we fitted the mock up nightgown on all the daughters and I cut all the nightgowns.  Students serged them.  This weekend I spent 5 hours ordering more things on Amazon: ballet flats for the daughters, MG's dress pants, epaulets and gold trim for the MG's jacket, Pirate boots, and shirts.  Monday is a holiday, so I will start pulling things then.
1/21.  I spent an hour pulling the daughter's boots, naval uniforms for the two Frederics and looking unsuccessfully for the black bicorn hat we have in stock somewhere.
​This week in class the students began building the nightgowns. 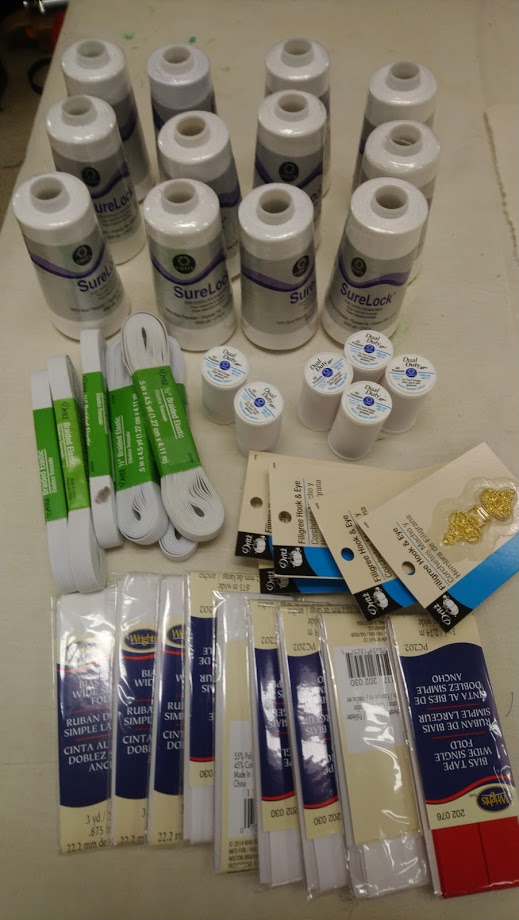 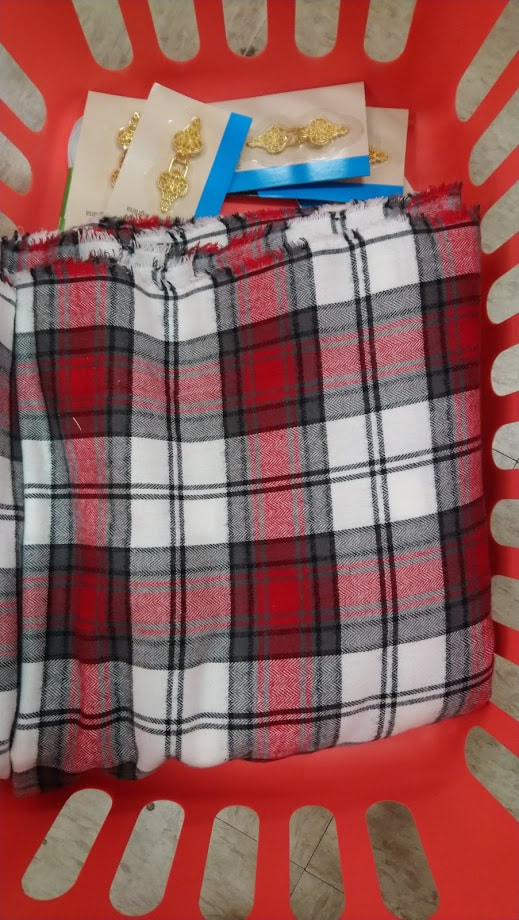 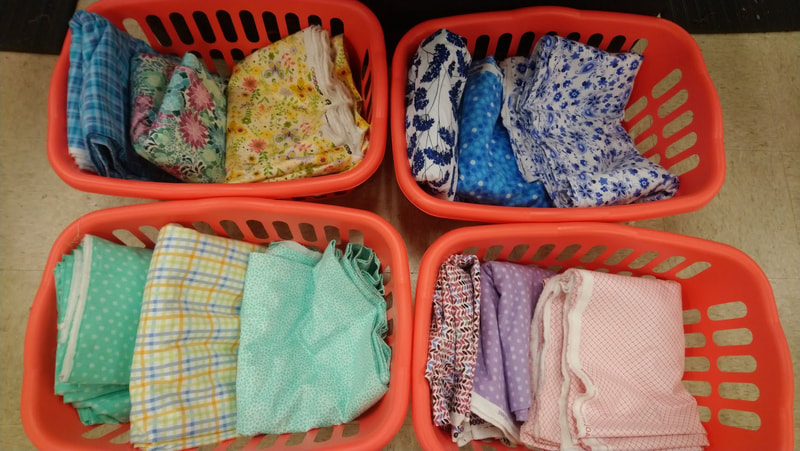 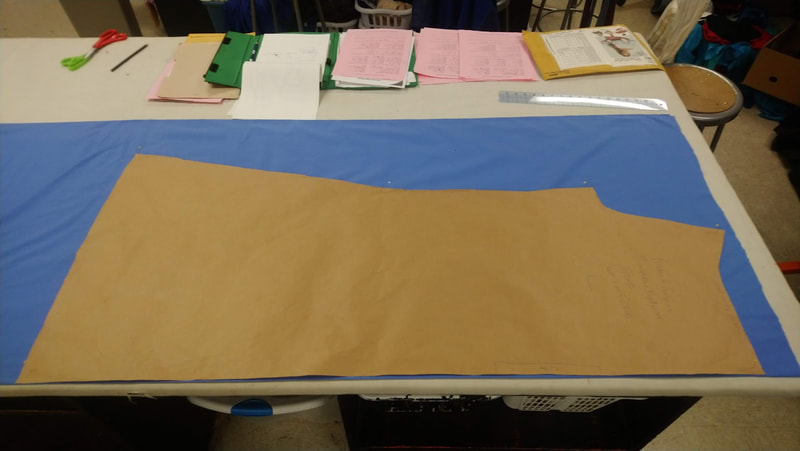 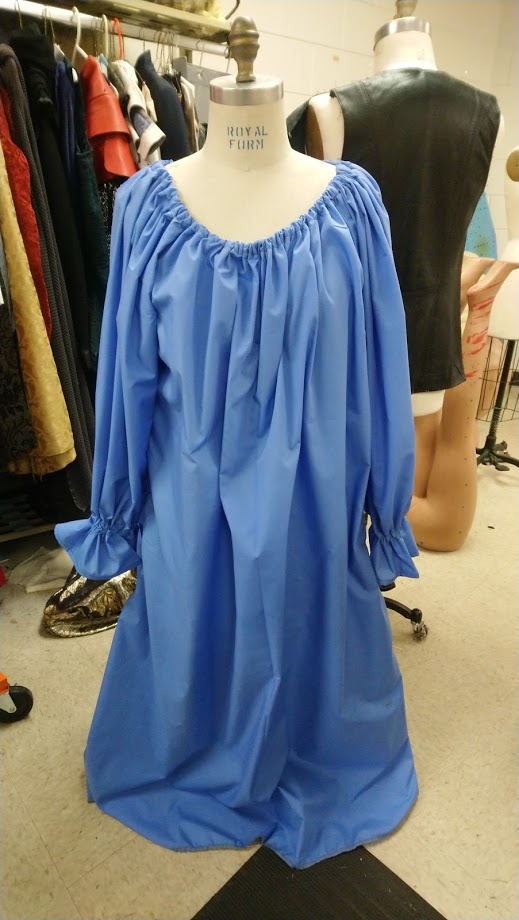 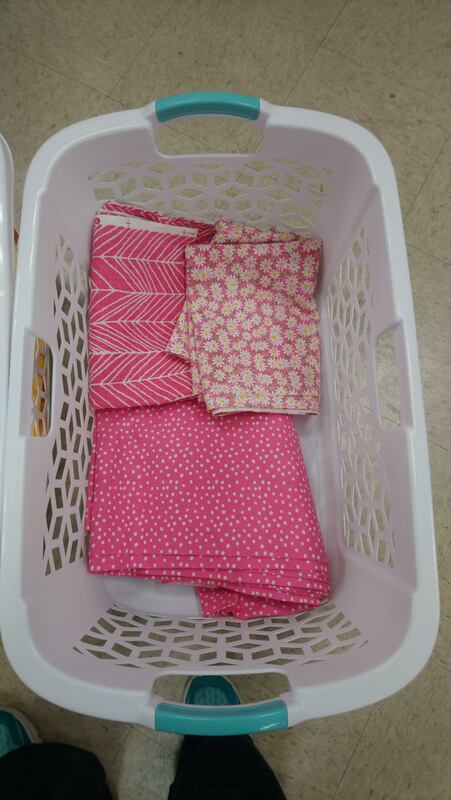 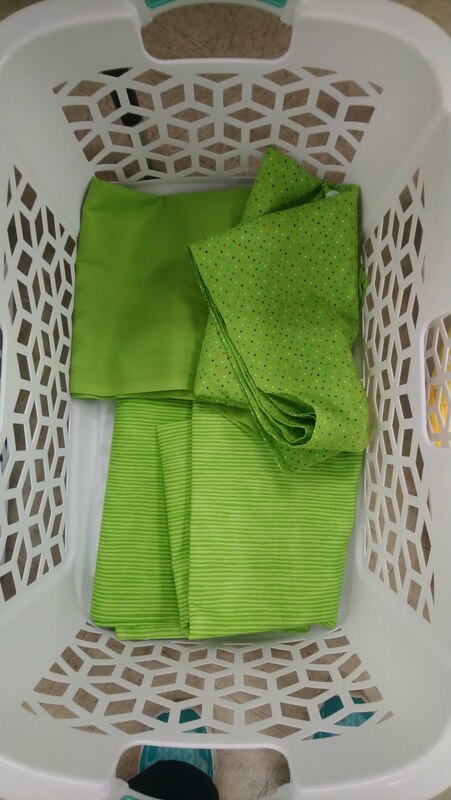 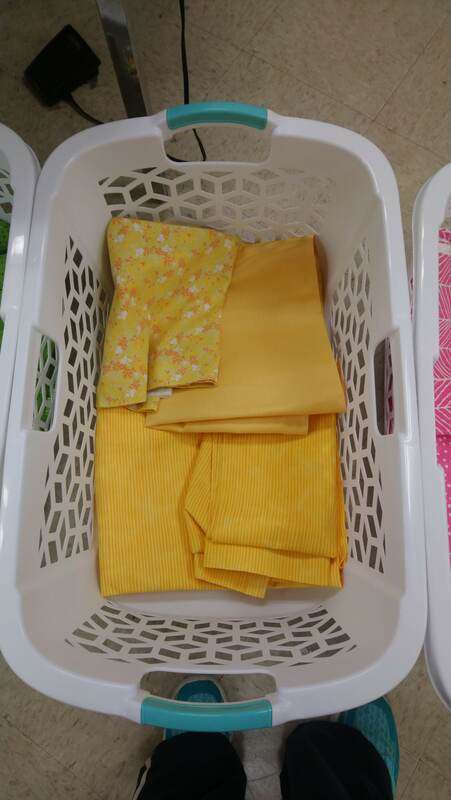 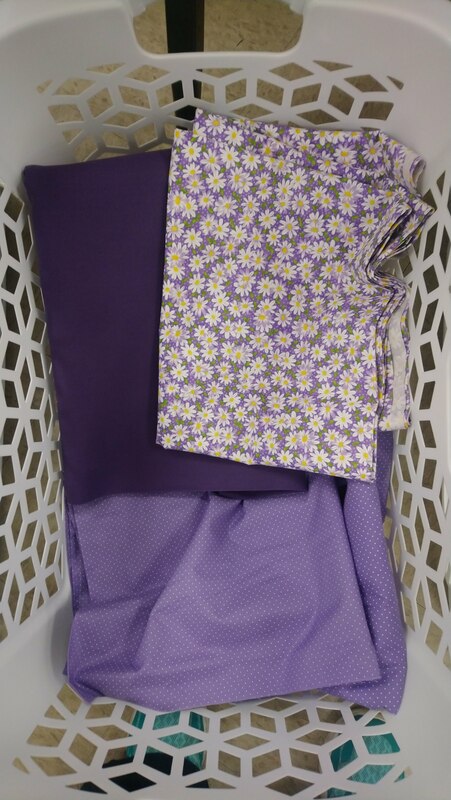 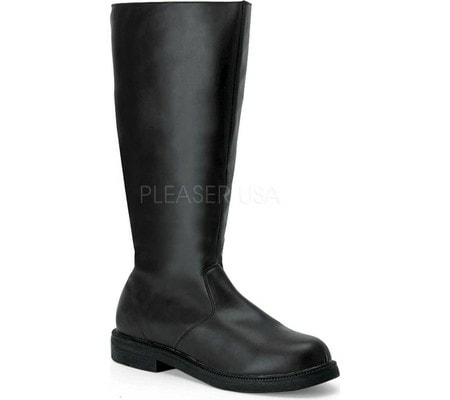 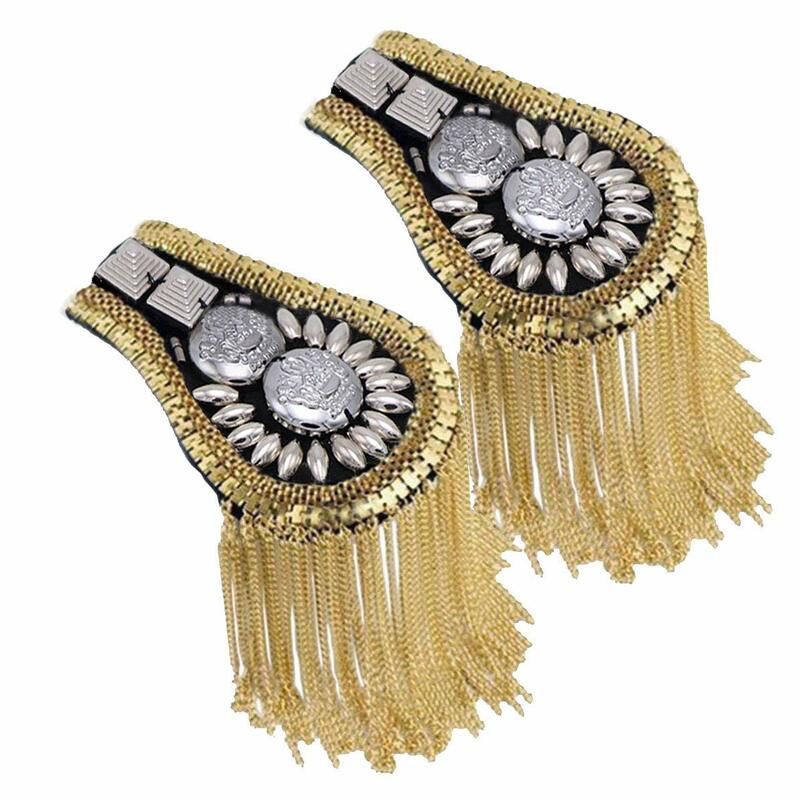 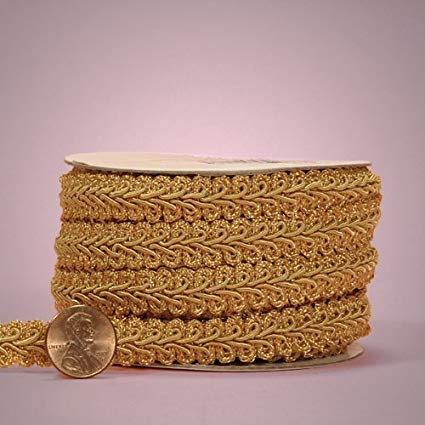 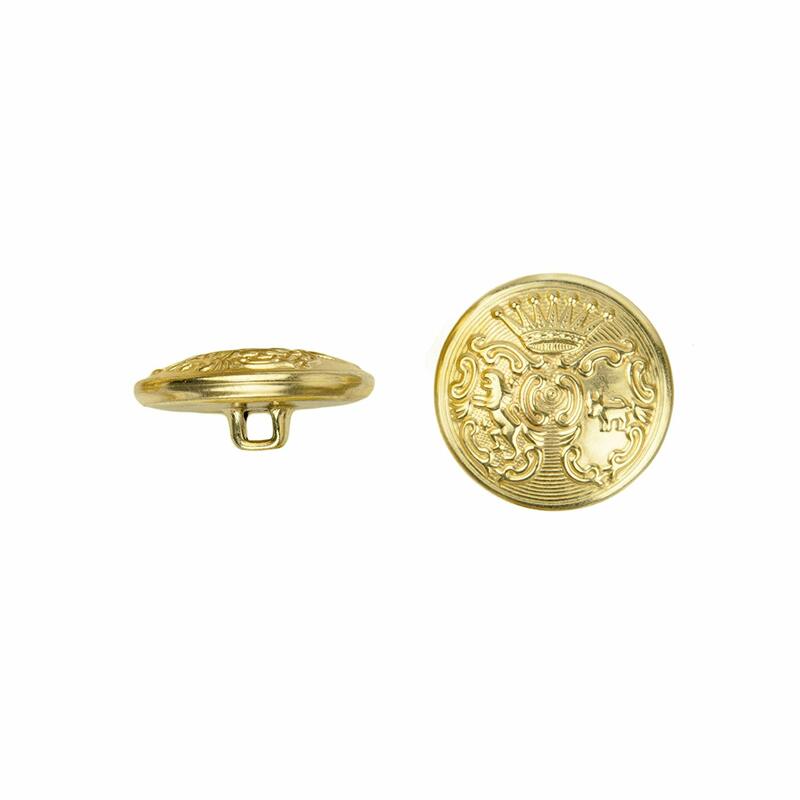 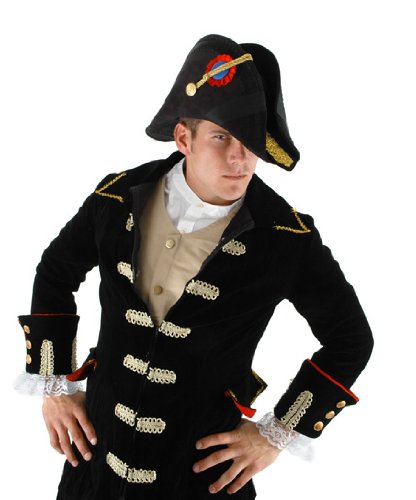 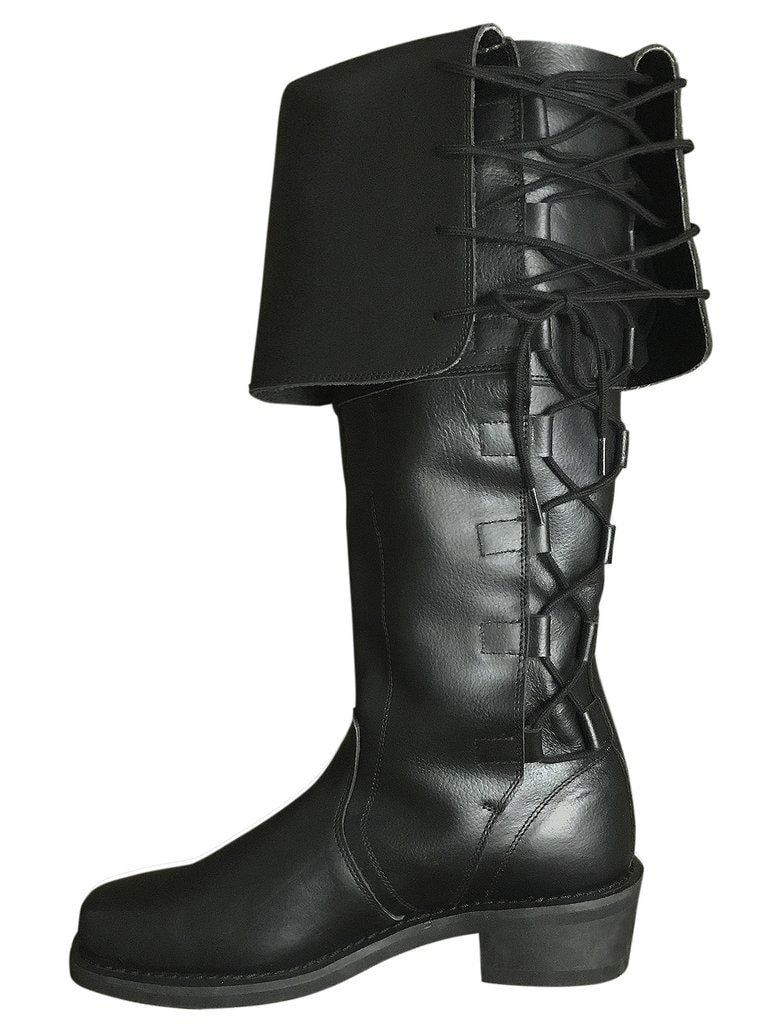 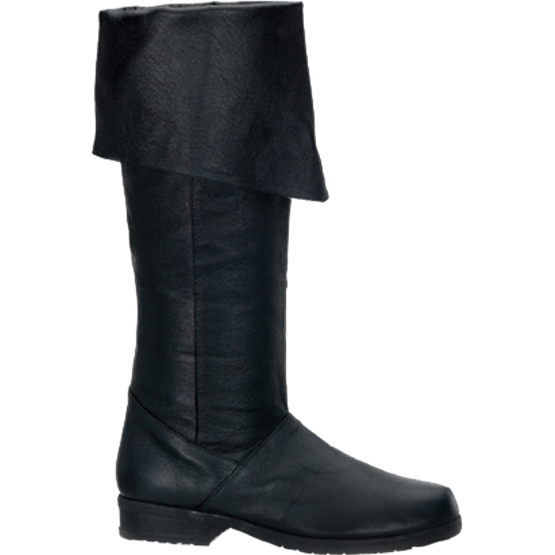 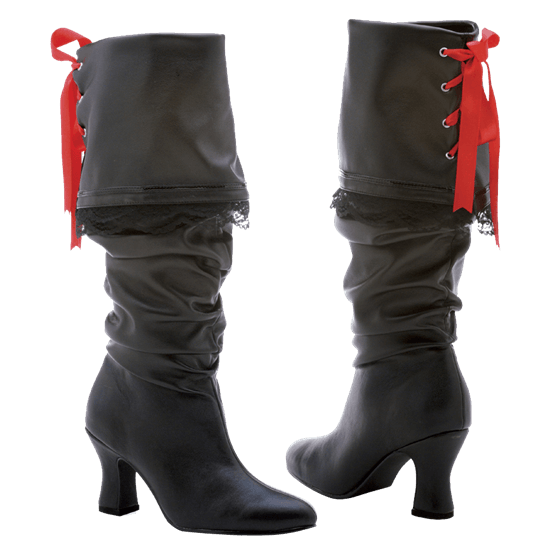 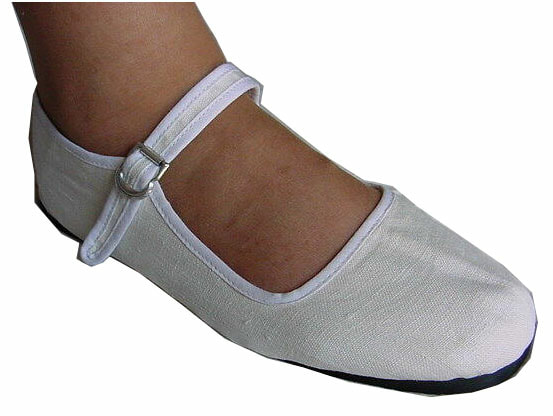 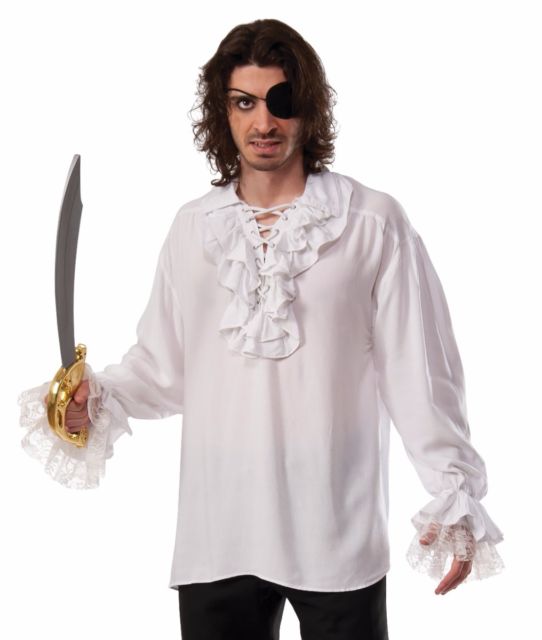 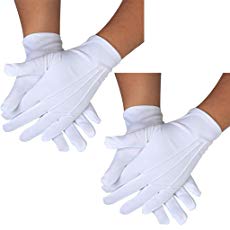 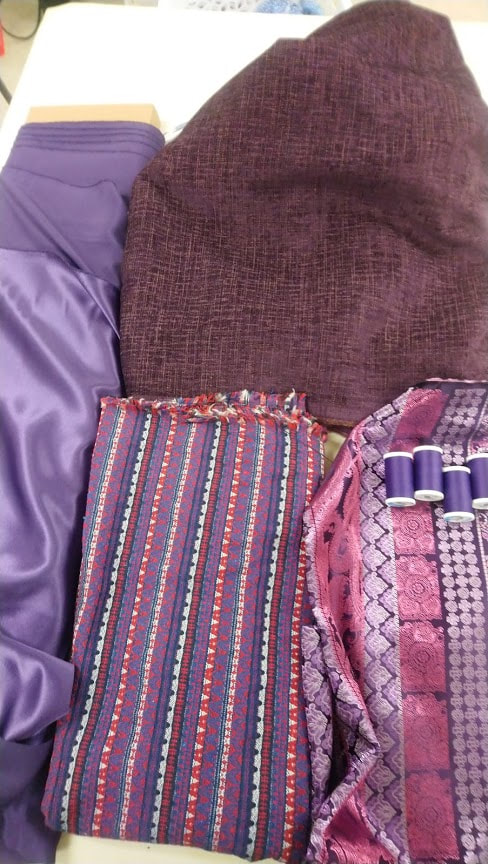 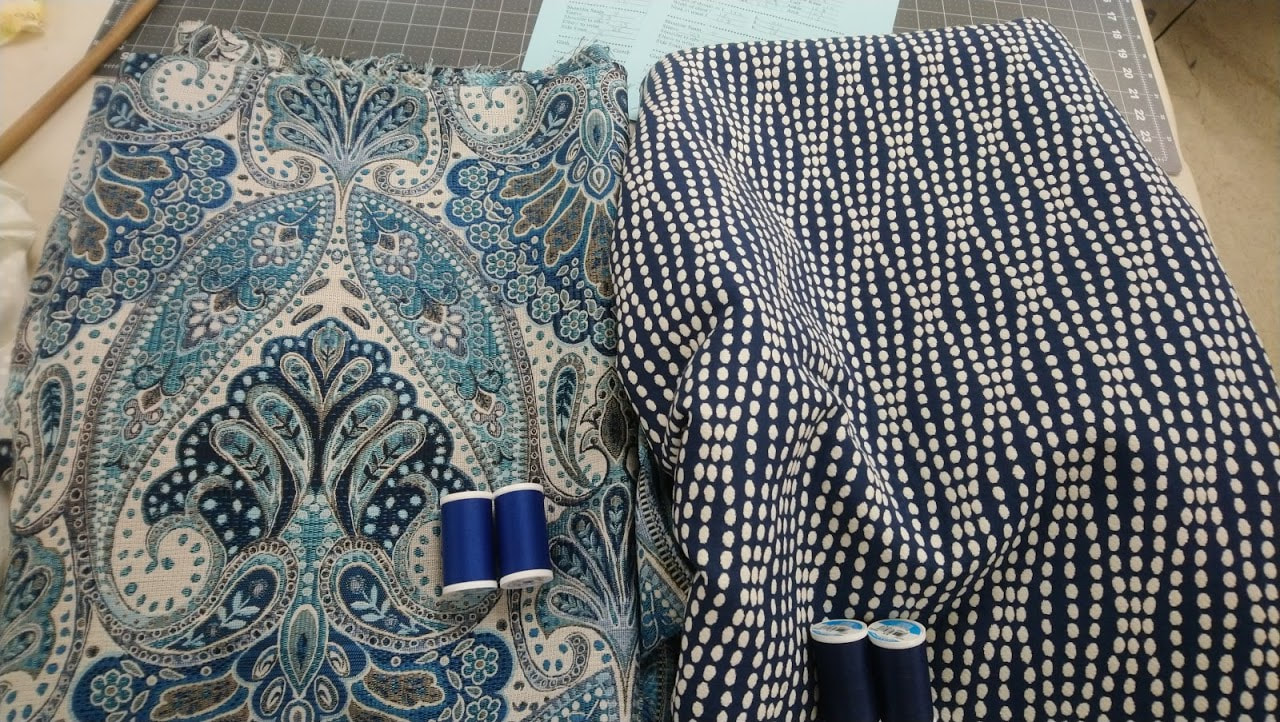 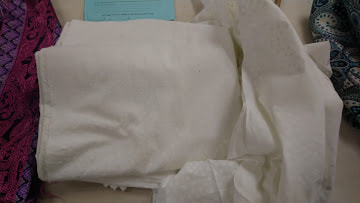 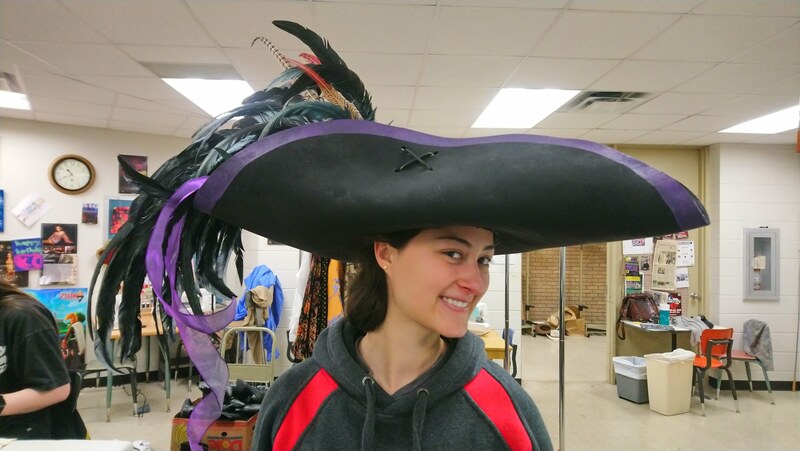 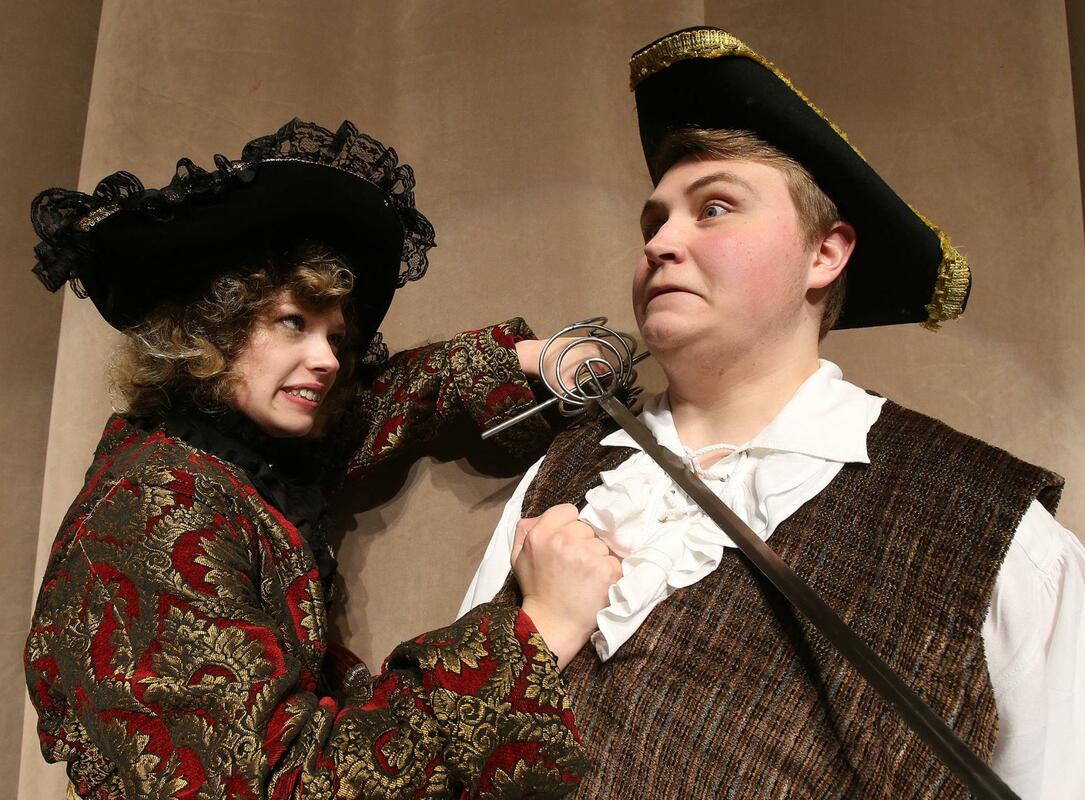 The Gilbert & Sullivan operetta “The Pirates of Penzance” sails to McLennan Community College’s Ball Performing Arts Center next week, returning to Waco thanks to a collaboration between McLennan Theatre and McLennan Opera.
For fans of the famed 19th century English composing duo W.S. Gilbert and Arthur Sullivan, that means infectious melodies, tongue-tying patter, solid musicality and silly plot lines performed with stiff-upper-lip aplomb.
​
In the case of “Pirates,” last performed 12 years ago at MCC, it’s a story of fierce, not-so-bright pirates easily persuaded by orphans, babies switched at birth, military commanders knowledgeable about everything but military affairs, and true love foiled by class distinctions until it’s not.
“It’s silly and satire and fun, but never quite all the way on any of those,” said director Kelly Parker, who’s teaming with McLennan Opera director Mandy Morrison for the production, aided by MCC music and theater faculties. Piano professor Sharon Lavery is music director with voice professor Bronwen Forbay as character and diction consultant.

The operetta, subtitled “The Slave of Duty,” concerns pirate apprentice Frederic (Chance Webster and Zachary Long), who’s leaving his pirates companions after turning 21. A chance seaside encounter with the wards of Major-General Stanley (Christian Mathews) causes him to fall in love with Mabel (Samantha Brady and Kate Hodge), but his thoughts of future marital bliss are threatened when the Pirate King (Alec Ehringer) and pirate maid-of-all-work Ruth (Annie DeYoung) inform the departing apprentice that he’s a leap year baby and therefore, oh horrors, not technically 21.

While the storyline is for fun, the music presents a challenge for both music and theater students. The operetta’s vocal lines and word-heavy lyrics require trained singing to pull off while its plot demands an equal amount of trained acting. Theater and opera offer both, but with stylistic differences. “We’re trying to blend the two,” explained Parker. Added Morrison, “Everybody has to do everything.”

There’s also the issue of singing without body mikes — standard practice for opera students, new for musical theater ones — and the operetta’s British sense of humor, which inspired cast members to come up with a new local verse for the well-known “I Am the Very Model of a Modern Major General” tune.
The MCC production features a cast of 30 with a 17-player orchestra that mixes Waco professionals and college students. The orchestra includes woodwind players Richard and Helen Shanley, a clarinetist and flutist respectively, retired from the Waco Symphony Orchestra and the Baylor music faculty. The two will play side-by-side with their former students Jun Qian and Cara Dailey, respectively, who teach at Baylor and play in the WSO.
“It’s truly a collaboration, both with faculty and students,” said Morrison.
Thursday’s performance is part of the Hearts in the Arts Theatre Gala, which will feature a pre-performance reception. Gala tickets are $75 and must be reserved by Thursday by calling 299-8604. Proceeds benefit MCC scholarships and special projects for MCC visual and performing arts students and faculty.