The SErvant of Two Masters

09/05/19:
Stage Manager Colten Haliburton, Director Kelly Parker, and Costume Designer Kathleen Laundy were present.
We discussed period: Italian Renaissance, and color palette: bright with lots of patterns.  Pantalone should be in red, Brighella in green, Trufaldino in motley, Dottore in black.  Everyone needs hats.  Boys will wear tights and breeches.  Some of the Zanni girls will be dressed in tights and breeches like the boys so that they can do acrobatics.  Kelly ordered some more commedia masks, but we are unsure if they will get here in time for the performance.  I've got all the commedia masks that I made that we can use and Kelly made some that he wants to use on the zanni, so we're covered in case the newer fancier ones don't get here in time.  He spent $550 on 10 masks, so that leaves me with $1500 for the rest of the costumes.  We're definitely going to have to buy more tights.

We're pulling most of the costumes, but each outfit seems to need one or two pieces built to go with.  Beatrice needs a vest and pants as does Dottore. Florindo and Silvio only needed vests. 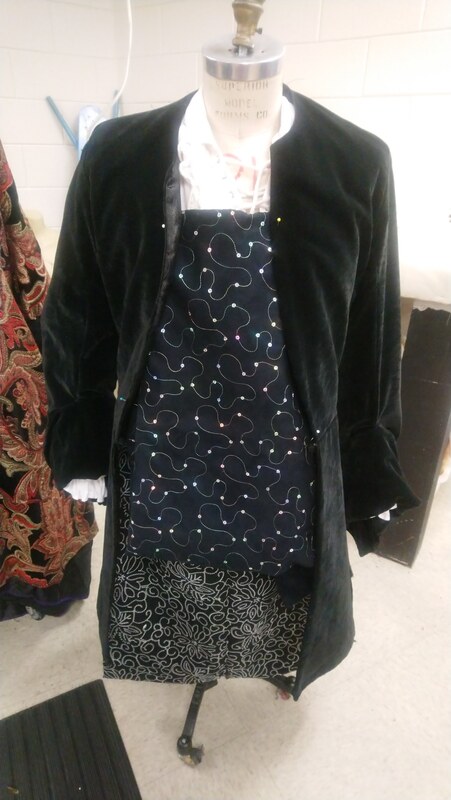 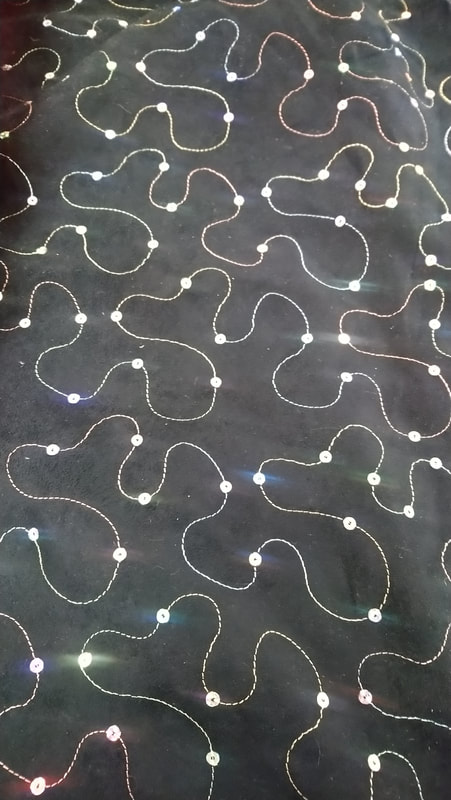 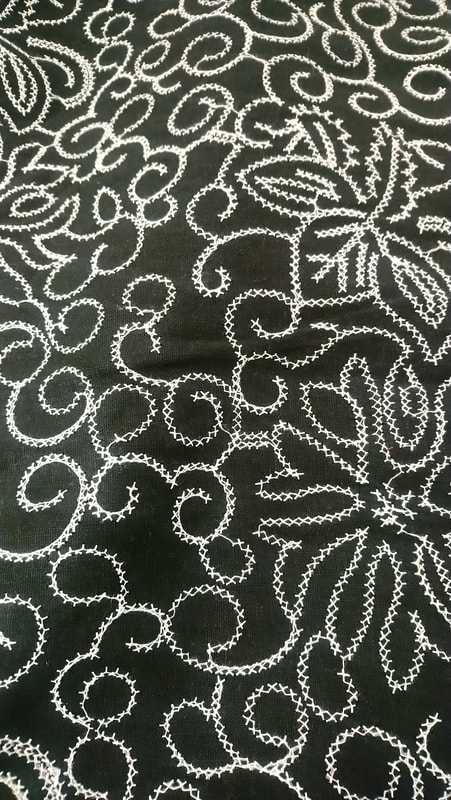 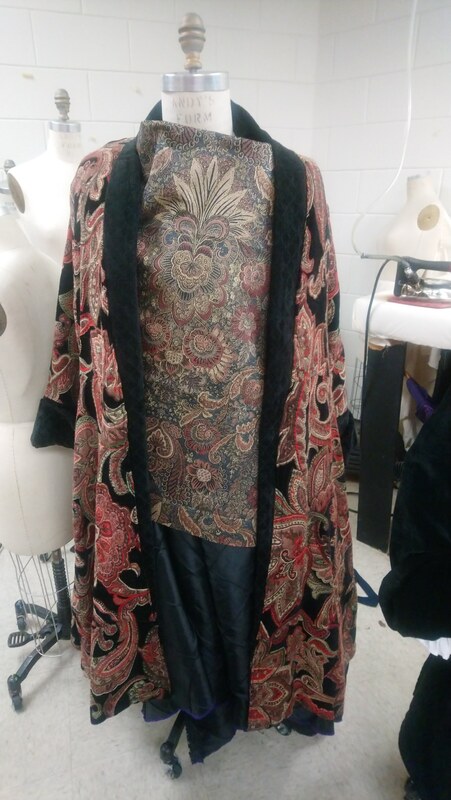 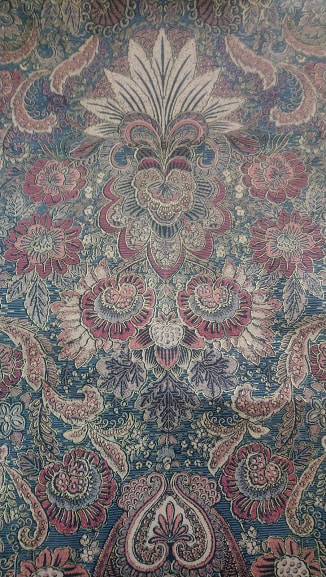 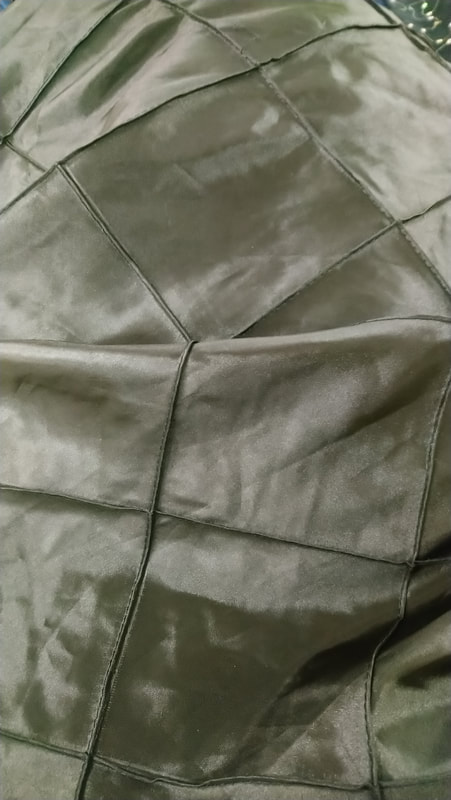 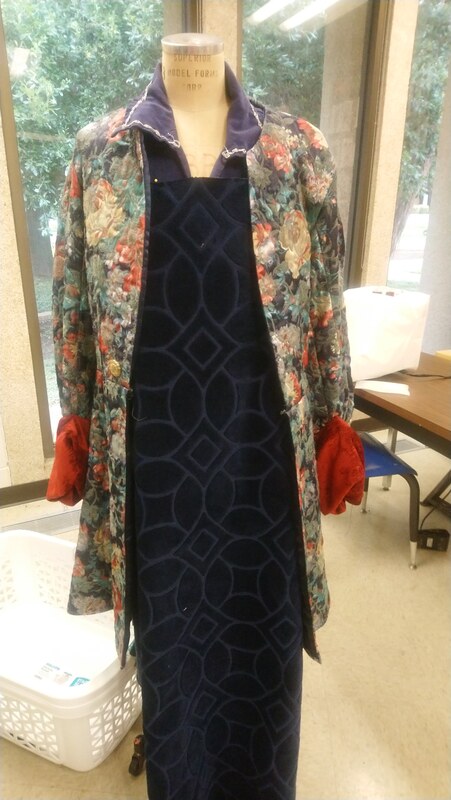 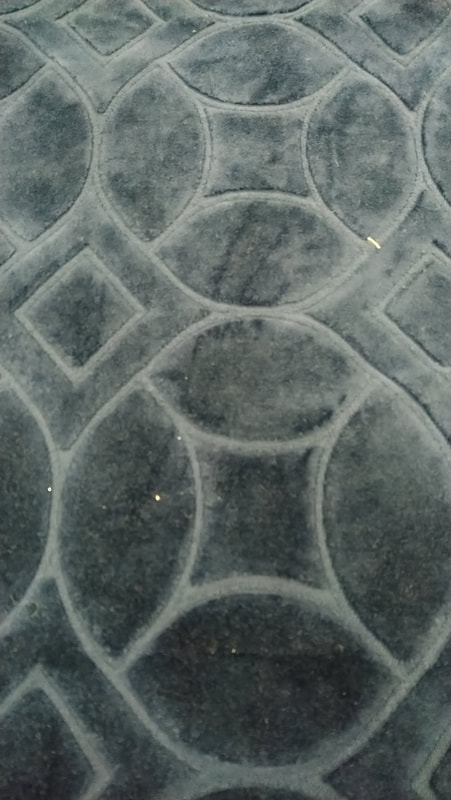 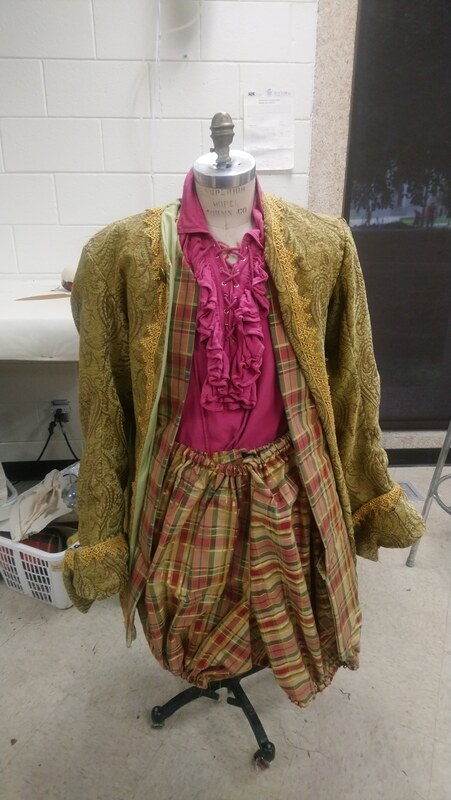 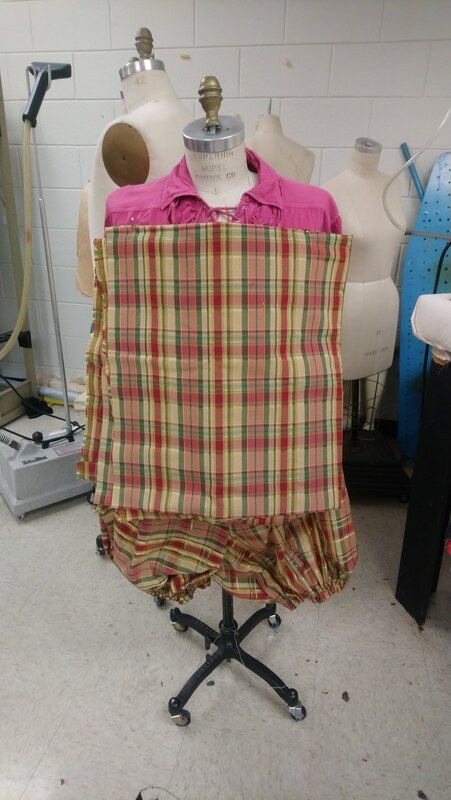 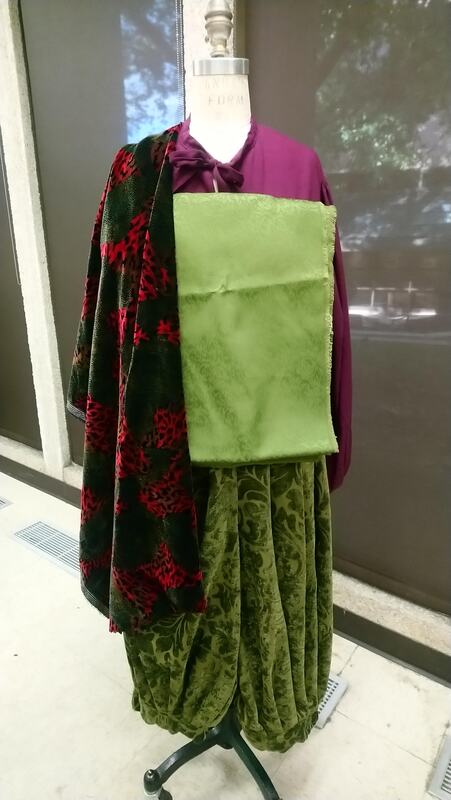 We'll be making Trufaldino's costume completely from scratch.  Here's a whole slideshow on the process.
Kelly wanted to buy some masks to use on the leads that were better quality.  Kelly painted them himself and I sewed the elastic on. 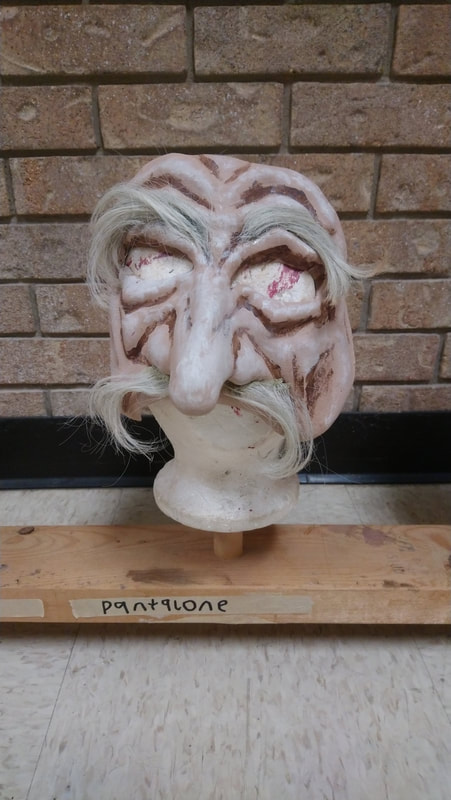 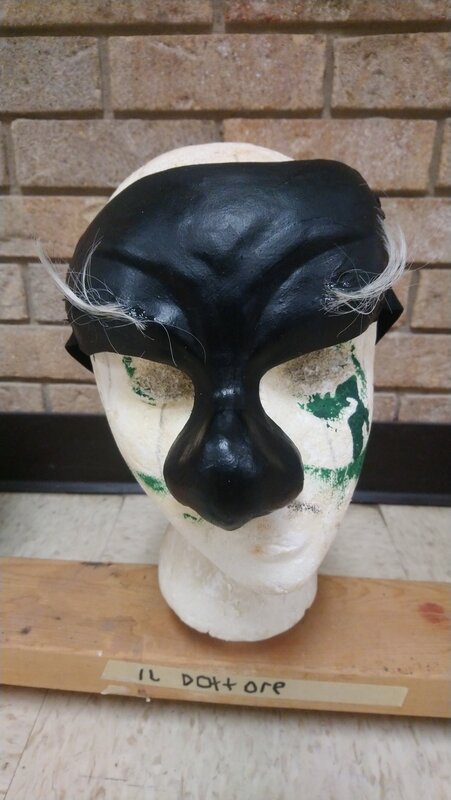 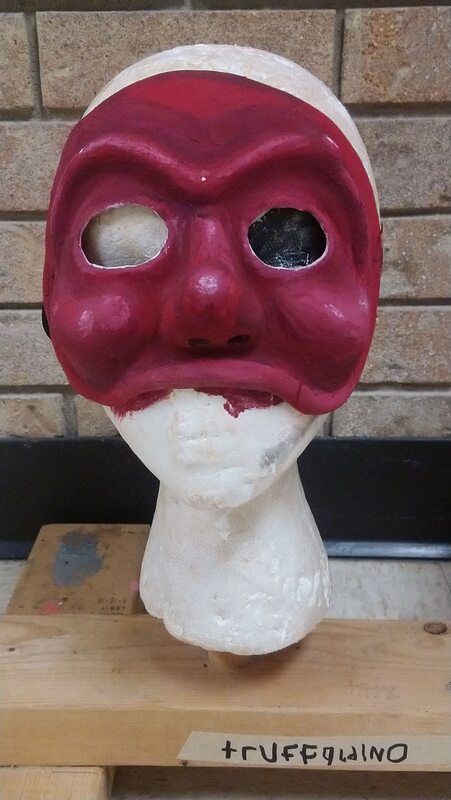 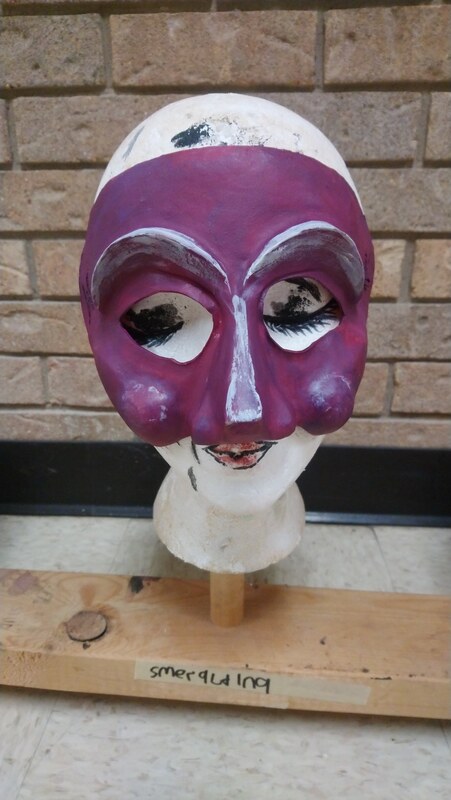 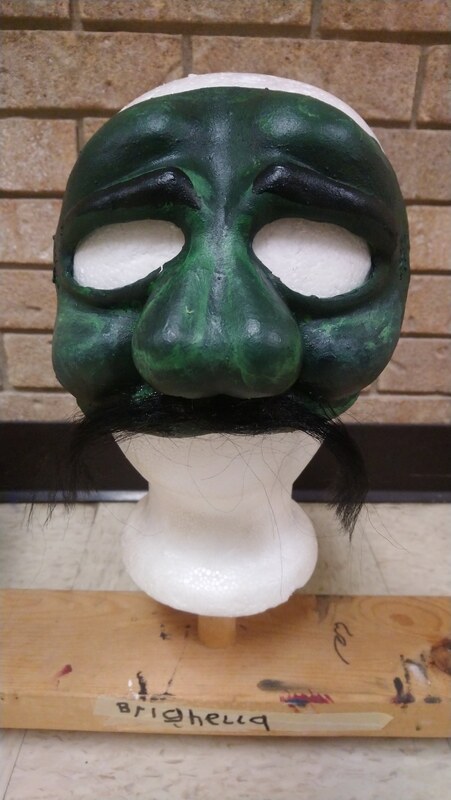 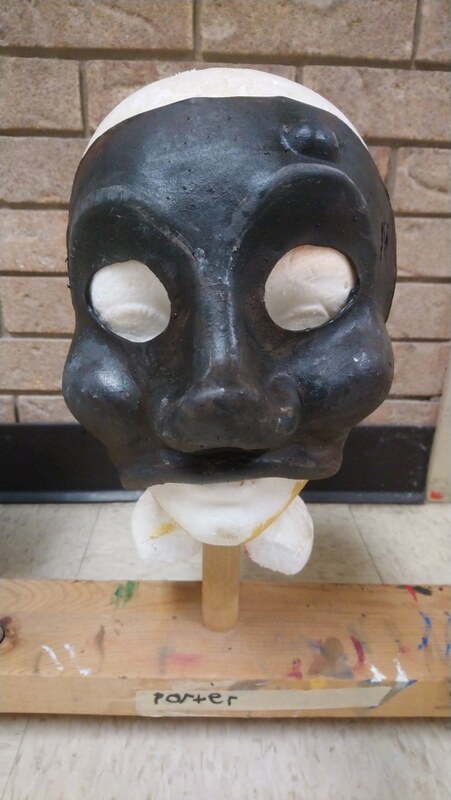 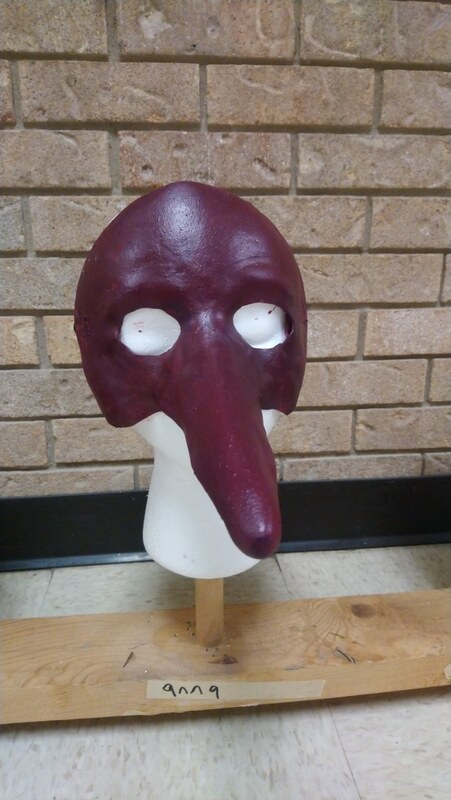 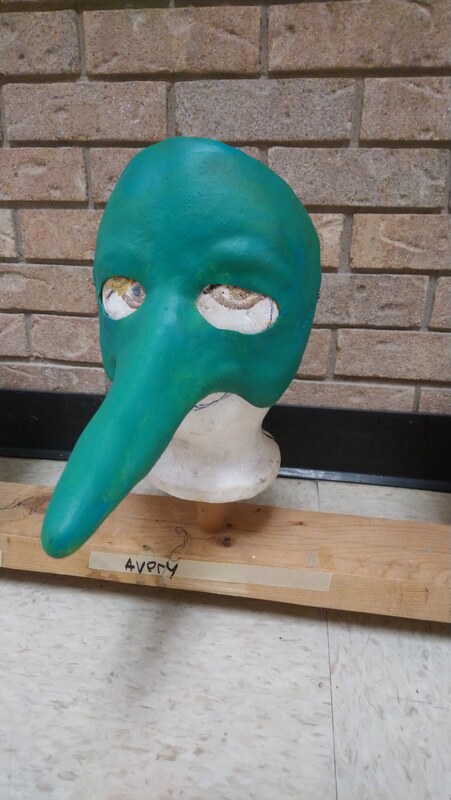 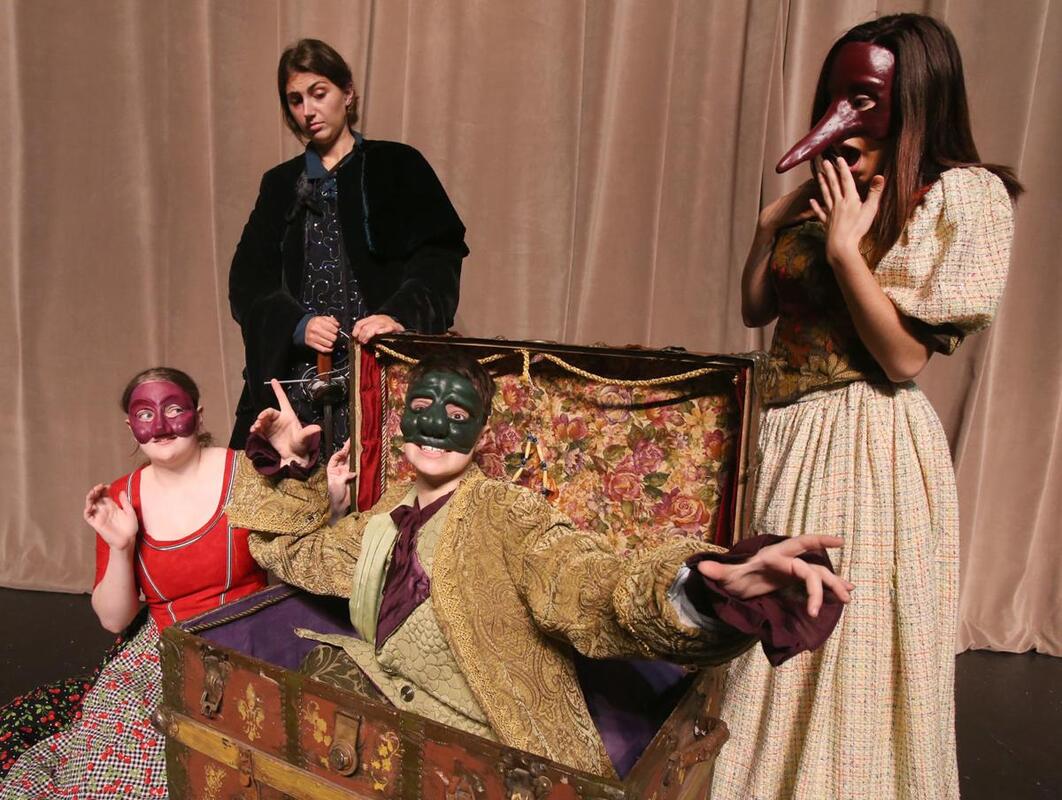 Inn owner Brighella (Jaden Fox) proves the lastest surprise for servant Sermaldina (Rebecca Wools, left), Beatrice (Ashlyn Meador) and a bystander (Kate Hodge) in McLennan Theatre's "The Servant of Two Masters". Staff photo--Jerry Larson
​The McLennan Theatre season opener “The Servant of Two Masters,” Carlo Goldoni’s 18th-century farce of mistaken identity, mixes the period with the contemporary. The script is a contemporary adaptation open to local references and ad libs and its mock violence gets accompaniment by slapstick.
The story is classic farce set in Venice. Clarice (Kyndal Rinewalt) is engaged to marry Silvio (Hunter Barnett) after the death of her lover Federico. Then Federico arrives on the scene to claim the dowry originally promised by Clarice’s father Pantalone (Nick Marquez), only it’s not Federico, but his sister Beatrice (Ashlyn Meador), who’s in love with Florindo (Alec Ehringer) who had killed Federico defending her honor and fled to Venice. Got that?
Beatrice’s servant, the not-too-sharp Truffaldino (Annie DeYoung) sees an opportunity to work for another master, who happens to be — surprise, unbeknownst to Beatrice — Florindo. Throw in a feisty servant girl Smeraldina (Rebecca Woolls), who figures out some of the secret identities and with whom Truffaldino is smitten, and there’s plenty of comic confusion.
The McLennan production, done in commedia dell’arte style, also makes use of stylized masks. “We’re doing it with the flavor of the period,” explained director Kelly Parker. While the masks help identify the actors and their comic roles, they also change timing for the actors, who have to play farce at a more deliberate speed. “They have to let the mask do the work,” said Parker.
“The Servant of Two Masters” opens its three-performance run at 7:30 p.m. Oct. 3 at MCC’s Ball Performing Arts Center.